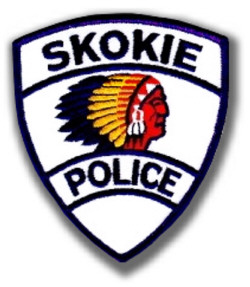 Here’s an example of an out of control public servant. There is no reason that I see in this video for this unwarranted violence. A co-operative and seemingly responsible arrested citizen was abused for no reason. I want to say this is the exception, but see it happening so much more often than in years past. I pray that organizations like yours bring this to the forefront, and get more attention regarding these types of unwarranted violence by police.

The following was posted at www.LastResistance.com on October 16, 2013.

A 47-year-old Chicago mother of two admits to having drunk a little too much one night. That’s why she decided to stop driving and pull over to the side to sleep it off. But all a Skokie (a Chicago suburb) cop saw was bait. An arrest. Maybe he was working on surpassing his quota.

So, Officer Michael Hart decided to arrest Cassandra Feuerstein for DUI even though she wasn’t even driving. She was doing the responsible thing by not driving. Nevertheless, Feuerstein was compliant.

At the police station, things got rough when she apparently wasn’t looking at the camera the “right way” for her mug shot…or something. Hart grabbed the 110-lb woman and threw her into a holding cell where her head hit a concrete bench. It literally broke her skull, leaving a big gash in her face. She even had to have reconstructive surgery to replace parts of her bone with a titanium plate. The cop left her in a pool of her own blood so that he could quickly file a complaint against her to cover up his deed. What did he try to charge her with? “Resisting a peace officer.”

The “resisting” charge is ludicrous enough, because everything was caught on surveillance cameras. She was completely compliant the entire time. But what’s worse is this cop calling himself a “peace” officer. How can he call himself a peace officer? He’s not promoting peace. He’s inciting violence, and his victim didn’t even try to defend herself. How could she against such a brutish thug as Officer Hart?

Hart tried to press the resisting charge against her, but when the prosecutor saw the video evidence, they decided to drop those charges against her. See the video footage for yourself:

As for the cop’s “peaceful” actions against Feuerstein, I’m not sure anything will happen to him other than the usual administrative leave. What he did amounts to nothing less than felony battery, if not attempted murder. If he had been anyone other than a cop, he would’ve gone to jail for a long time. Since he’s a cop, he’ll be given the benefit of the doubt. Maybe he didn’t mean to hurt her. It was all an accident. Besides, these cops risk their lives every day for us, so we should cut the guy some slack, right?