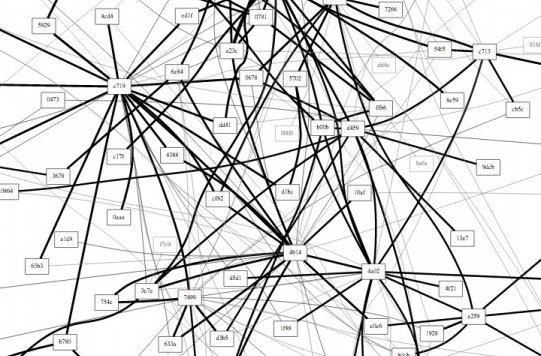 Last week I was in Oakland – the fourth stop of the Police Accountability Tour. With the exception of an interaction with some San Fran-based gangsters who initiated force, my time there was positive. Part of that stems from the opportunity in the tech-saturated Bay to be around those working to liberate the world through code and mathematics. Not too capable in those areas, I sought to learn.

In this post, I expand a bit on why I’m so excited about the work being done to decentralized technology. In Part2, with the help of a friend more knowledgeable in this area, a more thorough overview of related tech will be covered. [read The Promise of Meshnets: Part2]

Carl Sagan said “If we do not destroy ourselves, we will one day venture to the stars.” This quote speaks to the potential we as humans have, either to stagnate and enter-bad-scenario-here, or to evolve and flourish. The former, if caused, will be brought by top-down command and control – coercive hierarchies and those who unquestionably obey. The latter, which I believe inevitable, will be be facilitated from decentralization, spontaneous order, and free thinkers.

Throughout history the censor has sought to restrict access to certain ideas thought dangerous to them and their regime. Those who most loudly, eloquently or effectively caused others to question the claimed double standards are seen as threats. Reaction, often said to be permissible due to text on paper conflated to be “law”, came in the form of burning books and silencing critics – through threats, restrictions on opportunities, forced exile, disappearing, or execution.

A censor is a man who knows more than he thinks you ought to.
– Granville Hicks

The Internet has erased borders and the bypassing of censors at an unprecedented level. Yet “kill switches” are talked about, and restriction to information by a select few against the many is used. Today’s Internet, which channels traffic through centralized switches, makes for easy data gathering by those who claim the ‘right’ to control access to information – whom AJ Nock would say operate according to the political means (theft).

The people who systematically violate your privacy while claiming their own actions “secret” and thus immune from scrutiny, tell you accept their surveillance and data collection. That is not surprising – the incentive for those outfits, once spawned, is to grow in size and scope, at a direct inverse to the rights you’re said to have.

For example, in Oakland self-proclaimed “city leaders” – in direct opposition of those they pretend to serve – are full steam ahead with the Domain Awareness Center, where personnel will tie public and private cameras from across town into a surveillance system that’s slated to use license-plate-reading technology, biometrics, thermal imaging, and facial recognition technology. Those big brotherish features are being brought to the Bay by the military contractor Science Applications International Corporation using money stolen from those afar (first funneled through those at the Department of Homeland Security outfit) and those local (taxes).

Fortunately, lots of good folks are working to use technology for good – to bypass the self-appointed censors to connect people and to share information. Consider meshnets – from sudoroom.org/wiki/Mesh:

Mesh networks are awesome because they don’t depend on the existing centralized Internet Service Providers to function. Though they can be connected to the Internet as we know it now, a mesh network provides a decentralized mode of communication with our local community. We view mesh networks as a means of connecting to our neighbors, supporting local businesses, and enabling grassroots community collaboration. In the event of disaster or government censorship, an active mesh network is a resilient means of communication and sharing of information.

Last Wednesday night I joined a meeting in San Fran hosted by the Open Garden crew, who’s app seeks to make the Internet more accessible by creating a mesh between existing devices using Bluetooth, with at least one device acting as a bridge to the existing Internet.

Others active with meshnets, including the Sudomesh crew who I was able to meet at a Thursday meeting in Oakland, are hoping to create an Internet independent of the current iteration, something agorists would liken to the creation of parallel institutions. One gentleman enthusiastically proposed plans to “mesh the globe.”

The benefits from such arrangements are apparent, thus it’s no surprise that meshnets are being established around the globe. From an October, 2013 write-up in Mother Jones by Clive Thompson:

The Internet may seem amorphous, but it’s at heart pretty physical. Its backbone is a huge array of fiber-optic, telephone, and TV cables that carry data from country to country. To gain access, you need someone to connect your house to that backbone. This is what’s known as the “last mile” problem, and it’s usually solved by large internet service providers such as AT&T and Comcast. They buy access to the backbone and charge you for delivering the signal via telephone wires or cable lines. Most developed nations have plenty of ISPs, but in poor countries and rural areas, the last-mile problem still looms large. If providers don’t think there’s enough profit in household service, they either don’t offer any or do it only at exorbitant rates.

Meshes evolved to tackle this problem. Consider the Spanish network Guifi, which took root in the early aughts as people got sick of waiting for their sclerotic telcos to wire the countryside. “In some places you can wait for 50 years and die and you’re still waiting,” jokes Guifi member Ramon Roca. The bandwidth-starved Spaniards attached long-range antennas to their wifi cards and pointed them at public hot spots like libraries. Some contributed new backbone connections by shelling out, individually or in groups, for expensive DSL links, while others dipped into the network for free. (Guifi is a complex stew of charity, free-riding, and cost-sharing.) To join the bucket brigade, all you had to do was add some hardware that allowed your computer’s wifi hub to pass along the signal to anyone in your vicinity. Gradually, one hub at a time, Guifi grew into the world’s largest mesh, with more than 21,000 members.

A gentleman present at the Wednesday meeting, who’s active with Roots of Hope, which seeks to “empower youth in Cuba to be the authors of their own future”, said that a meshnet could bring a lot of value to inhabitants on the island as communication is now cost-prohibitive. Even the ability to send an instant message would be huge. Such places are poised to leapfrog entirely the expensive infrastructure upon which the ISP-Internet relies. Also worth pointing out is the enormous synergy that exists between meshnets and Bitcoin – once would-be tyrants don’t control the flow of information and the flow of currency, they become moot.

Meshnets present to those of us who know that badges don’t grant extra rights enormous potential. Bullies will no longer be shielded by their ability to control information, to hide their misdeeds, and to manufacture incidents and create misinformation campaigns.

Books won’t stay banned. They won’t burn. Ideas won’t go to jail. In the long run of history, the censor and the inquisitor have always lost. The only sure weapon against bad ideas is better ideas.

Being able to transmit and receive those better ideas is key – that’s where meshnets will prove invaluable. A decentralized Internet. We’re not yet there, but we’re closer now than we were yesterday and five years ago. Much love to the really impressive people working to make it happen.

Stay tuned for Part2, which will go into more detail about meshnets and provide links to resources.