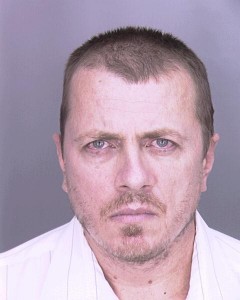 Footage from a surveillance camera pointed at the street where Dallas police officers shot a mentally ill man in the abdomen earlier this week shows the man never walked toward police nor did he raise a knife to them, disputing a police officer’s narrative provided in a sworn affidavit.

Bobby Gerald Bennett, 53, was standing still during the entire incident, both of his arms at his sides. The officers then approached him as he writhed on the concrete. One stopped and picked something off the ground. The other officer kicked something away, turned Bennett onto his back and handcuffed him.

“When the officers told him freeze, he complied,” said Bunch, a neighbor who witnessed the incident from his driveway across the street. “He did not move an inch, in suspended animation; he just stood there, you know? Bobby was conscious, he knew exactly what he was doing because I had been talking to him prior.”

Bennett has been charged with aggravated assault on a public servant (are they serious?) and is in serious condition at Baylor Medical Center.