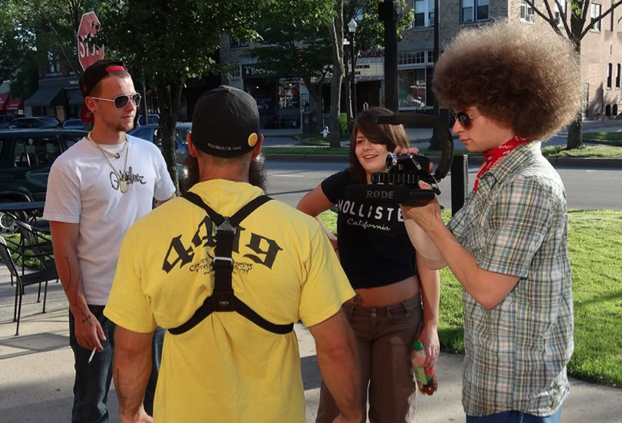 Garret Ean will soon join the nine-city, four-month Police Accountability Tour that aims to get folks on the ground better-connected, to share and facilitate the exchange of ideas and practices related to police accountability, and to ultimately erode the plague of police statism.

Garret is stepping-in for Jacob Crawford, who co-founded the tour with me a few months back based on discussions we had during the spring and while at PorcFest in June.

Jacob, a longtime Bay-area copwatcher who started WeCopwtach.org and who a decade ago made These Streets Are Watching, the first know your rights video using on the street (not dramatized) footage, needs to focus his attention on some police accountability efforts specific to the Bay.

All is good between Jacob and me. I learned in his presence, and appreciate his pre-tour efforts and involvement in Austin, NYC, Cape Town, South Africa, and Oakland stops of the tour. There’s mutual respect and we’ll continue to converse and collaborate.

[note: stay tuned for thoughts about the tour from Jacob and myself]

Aware of Jacob’s pending departure, I thought about options and found myself contemplating three scenarios:

I concluded that the third option would be preferred (if you’re going to do something strive to do it better), provided that second person be someone solid, with videography and related multimedia skills, and the ability to spend a month on the road.

I thought about folks I’ve encountered at various stages in my journey who might fit that bill. Unsurprising, Cop Block founder Ademo Freeman, who I was on the road with during Liberty On Tour in 2011 and 2010 and Motorhome Diaries in 2009, would be an excellent addition, but he’s now busy with the Laconia, NH-based Suns of Liberty Mint (who I’m glad to say is sponsor of the Police Accountability Tour).

The next person I thought of who fit the criteria was Garret Ean. I’ve known Garret for years and have respected and appreciated his efforts. His work ethic, creativity, use of humor, and intellectual rigor are quality.

I reached out to Garret and inquired of his interest to join the tour and I’m happy to say that he’s now slated to join the tour in late October in Detroit, and travel from there to Chicago, Atlanta, and in late November in New Orleans!

I asked Garret to put-together a short bio so folks who hadn’t yet had the chance to connect with him could learn a bit more about him.

Stay tuned for more about and with Garret – he’ll join the tour on the ground in late October in Detroit!

If you’re within a couple hours of Detroit join Garret and myself, area Copblockers, folks active with the Michigan Peace and Liberty Coalition, and many others on Monday, Oct. 28th, 7:00-9:00pm at a meetup hosted at the Threat Management Center 6440 Wight St, Detroit, MI 48207
https://facebook.com/events/541535369253783