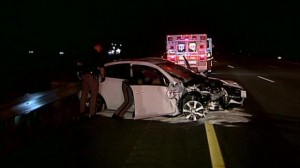 Former Manchester, NH police officer David Connare, who was sentenced to jail for a high speed DWI crash, surrendered to Valley Street Jail – Hillsborough County Department of Corrections – in Manchester, NH on Friday October 18, 2013 to begin serving his sentence. He arrived at the jail at 8:45 AM, was processed, and at 10:55 AM on the same day, October 18, 2013, he was released from custody to serve his complete sentence on administrative home confinement. Again, someone who wears a badge gets special treatment. Two lousy hours at the Valley Street Jail – what an insult to his victims who suffered severe bodily harm due to his drinking and driving. If this was a non-badge-wearer, they would be serving the complete sentence at the jail rather than turning themselves in, getting processed, and being released in two hours. The justice system once again protecting the blue wall. I know this because I called Valley Street Jail on Saturday October 19, 2013 and spoke with CO Hart who was in booking. I was told Mr. Connare was released at 10:55 AM on the same day he surrendered to the Department of Corrections. Hopefully he doesn’t break his home confinement/work release and drink and drive again, severely injuring innocent people.