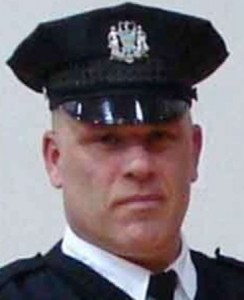 A police sergeant in Pennsylvania, Thomas Winkis, murdered beloved father David Farries in a car accident, during which Winkis was so drunk that his blood alcohol level was over triple the legal limit. Search “Thomas Winkis” to see the extensive media coverage about his violent felony. Winkis was traveling in excess of 100 miles per hour when the fatal collision occurred. Note that Winkis was not charged with third degree murder, as are almost all civilians arrested for the same crime. Also, Winkis’ arrest was delayed by weeks and he merely had to post $5,000 to get bailed out, yet similarly charged civilians are arrested instantly and usually face a bail amount of $500,000 or higher. Shills from the Philadelphia police department are defaming Farries online, claiming that he was a murderer himself. Farries was cleared of the crime, which (ironically) was actually perpetrated by a Philadelphia police officer! The filthy cops tried to pin it on Farries, and even though their judge believed Farries over the perjuring cops and acquitted him, the dirty cops continue to milk Farries’ false arrest with their libelous attacks. The bottom line is that Segeant Thomas Winkis was driving at over 100 miles an hour – while at triple the legal blood alcohol limit – when his car struck the car driven by the non-drunk, law-abiding David Farries. Farries lingered in agony for three days before succumbing to his injuries. Winkis’ partners in slime are now doing everything possible to somehow justify his cold blooded murder of Farries.