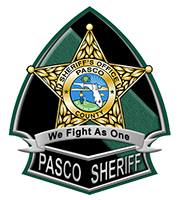 Michael Burns shared the following story of his experiences in Pasco County via CopBlock.org’s submit page.

I am my sister’s Power of Attorney. She has her own issues, so whenever she needs to deal with court or police, I am usually with her – and that’s usually the only time I see her. Earlier in 2012, she went to jail and while she was in, her Millionaire husband Jay Linville, got a new girlfriend. (Once again, an addict with issues). The day after my sister got out of jail, she asked me for a ride to her house. I obliged, however considering her husband is a drunken asshole, I waited near the car to see whether or not she was going to stay at the house or not. Her husband came out to see who brought her to the house and upon figuring out it was me, he attacked me after letting his large German Shepherd out of the garage. I backed the car off the property and onto the street while I continued to wait for my sister. He came out and attacked me again. The second time, his dog bit me and then he ordered the dog to continue biting me as he blocked the path back to my car.

When an officer came, he saw the video of this happening and heard my side (the truth) to the story, which was not even a necessity with the video. After watching the video, the officer talked to the millionaire for about three minutes before returning and treating me like a criminal. He refused to arrest the millionaire, stating that he had scratches on him too. My sister explained that he got the scratches from his own girlfriend attacking him, however it fell on deaf ears. I went to the hospital for multiple dog bites while the Deputy stayed behind and tailored his perjured report to make it seem like I was the cause of the fight.

The Assistant States Attorney Mathew Parrish and another ASA “Garcia” refused to watch the video and refused to prosecute the millionaire originally. They watched the videos later but still refused to prosecute, citing, “There is no evidence of a battery.” I have a current lawsuit against him for aggravated battery, gross negligence, false imprisonment (he closed my car door after pushing me out from behind it and blocked the path to my car while his dog was biting me), and a few other counts to the lawsuit, but those are what I believe the below videos show. He was not even cited for an unleashed dog.

Because of this night, the millionaire’s new girlfriend got a restraining order on my sister and listed my sister’s marital home as her address. My sister was forced to be homeless while she was pregnant. This continued for a few months until Judge Lynn Tepper decided to give my sister a court order to move back into her martial home and the girlfriend had to move out.

With court order in hand, on 2-25-13 my sister and I were accompanied by a Pasco Sheriff to enforce the court order. The first officer was rude but did enforce the court order to the best of his ability. When my sister’s husband left with his girlfriend, they locked the doors behind them so my sister was left there without the ability to get in her house. I had tools in my car so offered to use a sledgehammer as a last result. We decided to call the sheriff back to avoid damaging her property.

When the next deputy arrived, he read the court order but did not seem to get it. He talked to the millionaire for a few minutes when he returned and once again, my sister and I were treated like criminals and “why” she wanted to get in to her marital home was being questioned even with the court order in the deputies hand. I attempted to interject the fact that she had a court order which is the only thing that mattered, however I was quickly quieted by the deputy.

Other deputies arrived on scene and I started to be threaten with arrest for nothing while the millionaire can be heard in the background yelling about what a stupid thing the Judge did by allowing my pregnant sister back into her marital home. I was asked for my name and date of birth, and while I knew I did not have to give this information, I did. This was not good enough for them, so Deputy Steven Napoleon demanded my ID after threatening me with violence for not moving five feet quickly enough when called.

Once again, my name was run and after 5 minutes and no warrants/felony history, my ID was returned with attitude. Upon giving me back my ID, Deputy Steven Napoleon glanced into my car and saw a box of ammunition. He asked where my gun was and I refused to answer. I did not get a chance to go off on probable cause and what not; I was ordered to his car so I could be patted down. My passenger was pulled out of the car and not searched while the officer started to walk toward my car door. Before he could open it, I yelled that he did not have consent to search my car. I knew all I had in there was my gun and it was securely encased in accordance with FL statute 790.25. I still did not want him in my car. I was ordered to be quiet and to hold the front bumper of a police car while my car was illegally searched.

He went into the car and within a minute found the gun. At this time he came back and threw me in handcuffs saying I was being detained for the gun. I attempted to tell him it was legal and that he was breaking the law, however it fell on deaf ears. I was put in the back of Napoleon’s car while my wrists were cuffed wrong, to the point that my wrists were being dug into by the cuffs. The police continued to search my car, my trunk, my sister’s bags, and also started running the serial numbers on some tools in my trunk. Forty-five minutes passed with multiple officers on their hands and knees searching. Napoleon spoke with my passenger and went back and forth between the trunk of his car and my car three times before finally coming to the back seat of his car and telling me, “You are under arrest for possession of narcotics, how is your Masters Degree going to help you now?” He read me a watered down version of Miranda and told me he was going to try to charge me with “armed possession.” He continued searching for another twenty to thirty minutes before finally driving me to jail and perjuring a very simple report along the way.

They did not know I had been recording the entire time. The criminal charges were dismissed only after I wrote a motion to suppress and attached the URL for the video on YouTube. IA concluded that none of the officers did anything wrong besides the one that used bad language and sarcasm. This did not come with a penalty of any sort so far as I know.

The link directly below is the entire 18 minutes of the false arrest, full length videos of the attack by Jay Linville and that police encounter, and also a random time I was at my grandmothers house in the same county and my door was knocked on by three sheriffs – all rolled into one.

The video also shows harassment by the officers just weeks before the dog bite incident by the same county.

After I was released from jail, I attempted to call the Sheriff’s department and attorneys with the fact that I had the video and, being declined, I posted it on YouTube and then posted the video on the Pasco County Sheriff Facebook page. After I did this, I got suggestions from a Pasco Deputy by name of Stanley Miller to “kill myself so police won’t bother me” and “eat buckshot.” This was also ignored by his superiors and IA. I attempted to go to a sheriff sub-station to make a report on the perjury of the officers and obstruction of justice by the millionaire and his lies in the statement he gave to the deputy, however, I was threatened with arrest for trespassing in a police station. That video is below

These are the different people interviewed by IA: four officers, my passenger, and my sister.