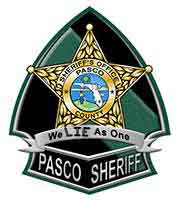 …Since Pasco has proven to be a corrupt county, I decided to drive 3 hours back there and test a DUI checkpoint. I went with a friend and of course sober. I don’t drink. It was my first DUI refusal test so I decided to not let it escalate to broken windows and violence. I held up until I was threatened with physical force and then complied with exiting the car. I was taken away from the camera and told I smell like alcohol and if I did not comply with the eye test I would be taken to jail for suspicion of driving under the influence – likely a lie, however when it comes to this county, you never know. I was wearing my I REC cops shirt and let the officer know during the “eye test” that this had been a test for them and they had failed miserably. I was quickly let go.

Once I was walked away from the car, my friend was told to get out of the car and to put his phones down (at this point he had both of my phones, one rolling live on Bambuser and one as a back up). He declined to put them down and an officer started to go hands on with him. At first when my friend asked, “Why are you touching me?” the officer said he was, “trying to identify him,” as if touching would help that process. When asked again, “Why are you touching me?” another officer standing by said, “He doesn’t want you to trip.” Very comical. He was grabbed again so he wouldn’t get “hit by a car,” and once again. The officers never did attempt to ask him his name. I am attempting to get the dash cam video from that night. They parked an SUV in front of me while attempting to get me to comply with their test.

The Deputy that gave me his card was “Deputy S. Metzler”
Smetzler@pascosheriff.org

Once again, Pasco fails at everything.

There is a clear copy of the first 13 minutes on my channel. That phone died right before the officer approached him to let him know they were done fucking with me.