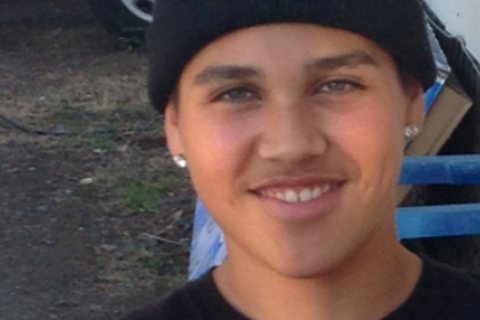 This post was shared via CopBlock.org’s submit page, anonymously.

On November the 9th, 2013 in Oakland, California, citizens and activists marched in solidarity with Santa Rosa for the shooting death of 13 year old Andy Lopez, by Sonoma County Sheriffs deputy Erick Gelhaus, as well as for many other victims of police brutality.

Watch here as, once again, the tax payers (you and me) pay Oakland Police Officer Morris to video record peaceful protesters at a speak out in front of the Alameda County Sheriffs Department, just blocks away from Fruitvale Bart station where merely moments before Killer Cop Sergeant Patrick Gonzalez was confronted by this non violent crowd. Call me crazy, but after reviewing this footage (sent to me by a friend) it appears that Officer Morris was nodding his head in agreement, that while Oakland is spending tax dollars to have a patrol unit monitor peaceful Americans, someone in the city probably needed police help/protection. They certainly wouldn’t be getting it from Officer Morris at that time. as he was busy “DOCUMENTING” Americans as they exercised their 1st amendment rights. It just seems a little crazy. They should be out protecting and serving. Helping someone. Doing what they are paid by our tax dollars to do. Maybe I am confused, but I just can’t see, from any standpoint, how Officer Morris is protecting and serving the city of Oakland, CA in this video.