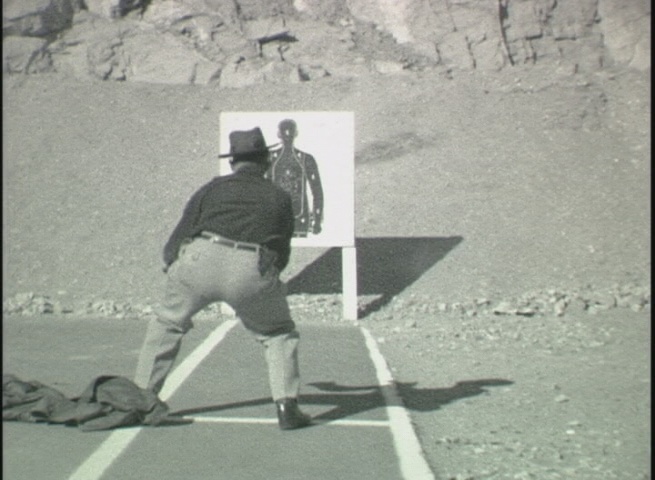 KABC in Los Angeles is reporting on a story of police officers opening fire on a woman and her five children when they fled from a speeding ticket stop. The driver, Oriana Ferrell, was pulled over for driving 71 in a 55. She argued with the officer and fled the scene. She pulled over again (unspecified how far down the road). The officer ordered her out and after a short discussion, she got out.

Her fourteen year old son also got out and got back in after the officer pulled his taser. Shortly thereafter, the mother and the officer scuffled when she tried to get back in the vehicle. Her son again got out to help his mother and he tussled with the officer. Both suspects got back into the vehicle. After police bashed in her passenger window (with a 14-year-old sitting there), they fleed the scene again. This time, another police officer on the scene shot at the vehicle (he claimed to have been aiming for the tires…he missed).

She led police on a four minute high-speed chase through the City of Taos, breaking numerous laws and driving very unsafely. She stopped again at a hotel saying she only fled because she felt unsafe. She was charged with five counts of abuse of a child, aggravated fleeing an officer, resisting an officer, reckless driving and possession of drug paraphernalia. Her 14-year-old son was charged with battery of an officer. The officers are being investigated, according to state police.

This whole situation is a ball of crap. The driver was obviously very much in the wrong. However, do we (the public) need to use deadly force to stop a mother and children in a minivan? My issue here is the use of the gun. I keep thinking back to Mayberry. Yes, I know we are not in Mayberry. Perhaps we need to get back there a little more often. LEOs today want to force compliance in an instant instead of gaining trust and being given compliance. This officer has probably pulled over hundreds of people and this has not happened before – but you are not judged by how people treat you, but by how you treat people. Even when someone does you wrong, you have a choice of actions you can take. None of the officers were at risk of injury and neither were any bystanders.

The driver should be punished appropriately without leniency as should the officers involved.