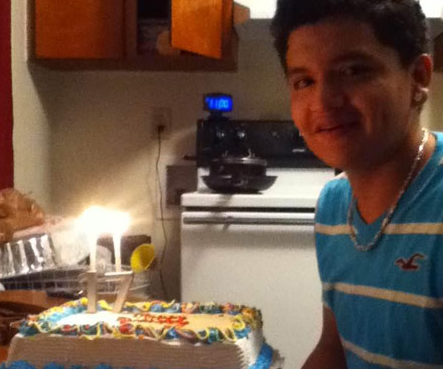 Another Durham resident has now died in a controversial encounter with the Durham Police Department. This time it was teenager and local Riverside High School student, Jesus Huerta. An official response from Durham police chief, Jose Lopez states that 17 year old, Jesus Huerta died of a self-inflicted gunshot wound while placed under arrest in the back seat of a police squad car. After Durham police officer, Samuel Duncan arrested Huerta, reports state that Officer Duncan heard a loud noise from the vehicle’s rear seat and jumped out of his moving patrol cruiser. Duncan’s squad car then slammed into a parked van, leaving Huerta shot and killed in the process. This incident occurred right outside of the Durham Police Department’s headquarters parking lot.

Personally, I don’t believe one word of what the Durham Police Department has stated. It seems to me, and many others throughout the city, Durham police officers are simply covering their tracks with a concocted story that makes no physical or logical sense whatsoever. Judging from the city’s buzz of conversations, many residents believe Officer Duncan was directly responsible for Huerta’s death. It is also quite disturbing how the first thing Durham police chose to highlight in this controversy was Huerta’s past juvenile offenses. Trespassing and misdemeanor possession of cannabis was not the cause of Jesus Huerta’s death. Such sheer lack of accountability on behalf of the Durham Police Department is not only disrespectful, it’s outright despicable. Entertaining such ploy is merely a distraction from gathering the truth of what actually happened, here. Maybe someone should pull up the Durham Police Department’s criminal record. Fact is, a 17 year old boy who was allegedly handcuffed, mysteriously died in police custody. Many residents are pointing to police brutality and excessive use of force.

Personally, I’m not worried about the “Bloods and Crips” in Durham. I’m worried about our local thugs in pressed blue uniforms. I’m worried about gang members who carry badges, tasers, steel batons and handguns, “law enforcers” who are paid with public tax money to terrorize people. Jesus Huerta deserves more than blanket apologies from city officials. Phony condolences are of no use, here. Huerta’s family members deserve justice; local Durham residents deserve the truth. A child has been killed, and we need answers. We need answers and Officer Samuel Duncan arrested. Now!

Lamont Lilly is a contributing editor with the Triangle Free Press, Human Rights Delegate with Witness for Peace and organizer with Workers World Party. He resides in Durham, NC.