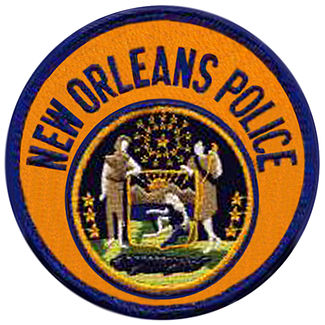 This is a response to an article on Fox8Live.com “warning” the New Orleans police about people out holding them accountable with cameras. The headline reads, “Police union warns NOPD about camera-carrying activists.” Here are the contents of an email sent to the article’s author:

It starts with the very first line of your article: “A group known for confronting police officers across the country with video cameras has arrived in New Orleans…”

You use the word “confronting.” This makes it sound like they are out to cause trouble and interfere with the police, yet all they do is approach from a safe distance and film. The only confrontations come mainly from the police themselves who tend to resent being held accountable in this way and often aggressively confront the activists with obvious attempts at intimidating them. If you wanted to be neutral and objective you could have chosen the word “approach.”

You then go on to say, “According to NOPD officials, Cop Block members armed with cameras…” Armed with cameras. Nice choice of words. They were not “armed” at all, they were holding cameras. A subtle attempt at slandering the activists and making them seem threatening.

Then, the police do a fine job of harming their own position in the article.

“The point of the warning is simply to remind our officers that people have a First Amendment right to video you,” Burkart said. I call BS. I think it was a warning to the officers to behave themselves for a change lest they get caught on film.

“Our officers are used to people trying to antagonize them, and our officers are trained to handle that type of treatment from the public in a calm, professional manner.” Right, just like that cop who kept turning his spotlight at the activist to interfere with his filming as seen in this video by the very activist they are “warning” about: http://www.youtube.com/watch?v=tN7xwr0g-mw.

“There is a limit, and it’s a safety and a privacy issue,” he said. “These videos, number one, could be used and seized as evidence.” If it could be seized as evidence, then that would be helpful to the police in getting a conviction, which would make the film taken by the activist desirable and useful to the police. So just how is this statement a complaint or concern?

“Number two, these people need to ensure that they maintain a safe distance from any police scene.” Most every activist that films the police does this – certainly the activists in Cop Block. [*Editors note: Cop Block is decentralized.] To voice this as a concern is ridiculous. An unarmed cameraman filming a group of heavily armed cops from a safe distance – just how is this a safety issue? If anything, it’s a safety issue for the peaceful video-tapers.

“Number three, there are privacy concerns, not for the police officer, but for the person with whom the police officer is interacting.” That is a blatantly false statement. People in public have no expectation of privacy and obviously this police spokesman knows this. A truly pitiful complaint. Not to mention this fact in your article was irresponsible.

All three points are bogus. It’s quite clear the police are having an emotional reaction to being held accountable. We know this because none of their arguments make any sense at all.

“However, the spokesperson points out that the videos uploaded to the group’s website seem to include mostly negative encounters.” That is yet another self-detonating statement. The negative encounters are of police being hostile and unprofessional, yet an attempt was made to use this fact against the victims of the police in these videos.

The headline of the article is pretty funny also. “Police union warns NOPD about camera-carrying activists.” Warning! There will be people out holding you accountable. Laughable!