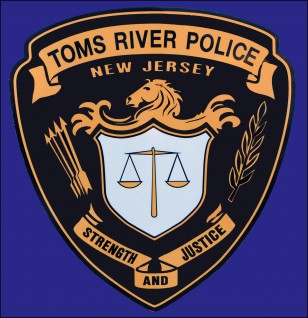 Early Thanksgiving morning, I was giving an intoxicated friend a ride home. I admittedly had two drinks, but was not intoxicated. I drove approximately 10 miles, without incident, and when pulling into my friends apartment complex I was pulled over. From the very beginning, I knew the officer was going to be confrontational. His demeanor was threatening immediately. I was honest and cooperative. I handed the officer all necessary documents and my disabled veteran ID. Other patrol cars and officers arrived to assist; they had the same sort of behavior and all seemed to be very young. I will also add that the first officer was, in my opinion, obese.

An assisting officer took me aside for a field sobriety test. No matter what I did, he told me I was doing something wrong and made me quite nervous. He conducted a test involving me looking at a pen and following it with my eyes, during which time he continued to speak to me with a firm disrespect. The obvious strategy was to provoke me into doing something wrong – it is what they wanted. I continued to cooperate. The next test was the “one foot in front of the other” test; the officer changed the directions and intentionally tried to confuse me by telling me to take a certain amount of steps starting with my right foot, then my left foot. I believe I did alright, except for a little stumble on the first step trying to gain balance. I was asked if I was injured and I said no, but I have injuries – meaning that I was not currently in pain from my combat injuries. This answer made them upset. One officer told me to stop calling him sir, and was visibly upset that I did not stop. I spent many years in the military, and it is a tough habit to break.

They decided to cuff and frisk me. While the officer was checking the inside of my legs, he hurt one of my testicles; it still hurts two days later. I told him to stop being rough, as I was cooperating. He responded that he felt resistance! My legs were spread and my hands up, so I have no idea how he felt resistance. They were trying to provoke me and it was obvious. While the police were talking to my friend, my friend pleaded for the cops to let me go; he told the officer I was a disabled veteran that was injured in Iraq, to which the officer responded, “What fucking difference does that make?”

The whole thing was, in my opinion, a profiling situation – young men in a car at 3 AM on Thanksgiving eve. The officer claimed I was tailgating another vehicle, but did not follow me; he only pulled me over because I took a “shortcut” and he saw us again on another road. Besides the DWI, he issued me two additional tickets that were false. The only reason he wrote the tickets was to support his reason for pulling me over in the first place. They were typical tickets given to DWI arrests – reckless driving and failure to maintain lane. He knows that they will be dropped, but it is common practice to stack tickets to make the big one stick. When I took the breathalyzer, I honestly thought I would pass – I felt sober. I was a little bit over, yet he seemed disappointed it wasn’t a higher reading. There is a lot more to the story that I am not going to share here.

If these officers represent the behavior of the majority of the Toms River Police Department, I can tell you that they are simply scumbags looking for a fight. We should not have to be afraid of the police and they should protect and serve, not search tirelessly for arrests to justify state grants they receive for overtime pay on holidays. I am getting a lawyer and if my testicle does not stop hurting, perhaps I will report the use of excessive force.