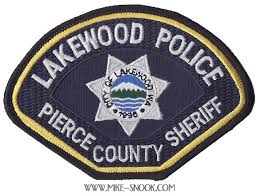 On Monday November 4, 2013 around 7:20 PM, I was heading home from my BJJ class. I was heading north up the road to catch the freeway home. Just before I pulled up to the on-ramp, a police vehicle pulled up to my right. When the light turned green, the police vehicle waiting for me to pass and then immediately pulled behind me and the deputy turned on his emergency lights. I pulled over to the right on the side of the on-ramp, placed the car in park and got my smart phone recording in my lap. I placed my hands on the steering wheel in a safe position; I decided this time around that I would do whatever I could to make sure the deputy felt safe, while asserting my civil rights. The deputy stood behind my left side with his flashlight drawn and tapped on the window signaling me to roll it down. I proceeded to roll down my window about 25-30% of the way – plenty of room for conversation and documents. The deputy immediately demanded that I roll the window down all the way. Knowing that I have no obligation to do so, I still decided to make the deputy as comfortable as possible for this stop. (I am typically not very nice to police officers during traffic stops as my other videos will prove). I guess I had an idea to try something new.

The deputy immediately began questioning my whereabouts, to which I told the deputy that I would like to remain silent during the stop. This immediately made the deputy irritable. He noticed that my phone was in my lap and demanded that I turn off the recording. I declined and told the deputy it was my right to do so. The deputy demanded that I exit the vehicle. Feeling unsafe, I questioned the deputy’s authority to remove me from the vehicle and requested a supervisor (that was never called). The deputy stated that case law allows him to remove me from the vehicle for no reason, (which is unfortunately true), but did not tell me which case law it was.
I told the deputy I would exit the vehicle and I would like to continue recording. The deputy denied my right to record, unlocked my door from the outside, and opened my door. He then grabbed my wrist and began to motion me out of the vehicle while my seat belt was buckled. I told the deputy that I needed to remove the seat belt and I did so very slowly in a fashion that would not alarm him. As soon as the seat belt was unbuckled, the deputy removed my phone from my hands forcibly and pulled me from the vehicle. He then took me took to his vehicle and performed a pat-down. I was wearing a tight rash-guard and training pants with no pockets and no shoes. The deputy then placed me in the back of his vehicle and closed the door. At this time I began having a minor anxiety attack as news-stories of people being murdered in the back of police vehicles began to rush my mind. I stayed as calm as possible and remained silent.

The deputy immediately turned off the recording on my smart phone and began searching my entire vehicle. The deputy searched my center console and glove compartment, and unusually sat there in my car for a good 4-5 minutes, just sitting there, not doing anything, and possibly looking through my personal cell phone. The officer grabbed my gym bag and brought it to the hood of his vehicle. He then continued searching the back seat and trunk of my car, and found nothing. At this point I had been detained for 15-20 minutes in the back of his vehicle. The deputy began searching through my gym bag for my wallet and driver’s license. He soon found it (along with my “rights card” – a notice to government agents that I always observe all my civil rights, which he read thoroughly) and began writing my citation around 7:45 PM. He then made a several minute phone call outside of the vehicle which lasted 4-6 minutes. The officer soon returned with a citation for using a cell phone while driving CVC 23123(a) and no front license plate 5200(a). I had a front license plate in the front windshield. The code does not prevent me from placing it there. It reads:

I was also not using my cell phone in any manner when the officer pulled up on my right hand side, leading me to believe that this stop was completely unconstitutional and violated my 1st and 4th amendment rights.

I called the Lakewood Sheriff’s Department to file a complaint. Sergeant Burt took my complaint over the phone and said he would speak with the deputy and call me back. He told me that this deputy was fairly new to the department and did not have the people skills needed. I do not find this to be an excuse in any way.

Sergeant Burt never returned my phone call, nor did he respond to several follow up calls that I made and ignored a voicemail I left at his office.

Two weeks later, I filed an official complaint against the deputy. I spoke with the watch commander and needless to say, the watch commander treated this like it was joke the entire time, and felt like his deputy acted in a proper, legal, and professional manner. My court date for the ticket is in February and I plan to fight tooth and nail.