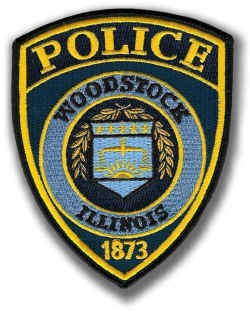 In Woodstock, Illinois, a 24 year veteran of the police force has been given a slap on the wrist for texting a 12 year old girl asking for “sexy pictures.”

According to copies of the messages obtained by the Tribune from the 12 year old daughter of Sgt. Charles “Chip” Amati’s girlfriend, Amati said to “send me some sexy pictures” and it’s safe to say the girl’s mother and father are irate.

“He’s no better than who he’s arrested,” the father said.

When the parents alerted authorities, Illinois State Police investigators discovered something else – that Amati had used a taxpayer-funded law enforcement database to research his girlfriend’s criminal record, a police report shows.

Officers who use the database for personal reasons can be charged with official misconduct, a felony, state police said.

But McHenry County State’s Attorney Louis Bianchi has not charged Amati with anything at all.

After a departmental inquiry, Amati, one of the city’s highest-paid employees, was suspended without pay for 30 days. But he can take them one at a time at the department’s discretion within a year, police Chief Robert Lowen said.

When the internet got word of this information, the storm started brewing. From a few initial tweets with the hashtag #CharlesAmati, the collective gathered as much information about Amati as they could.

Perhaps the biggest revelations through the research into Amati comes from Twitter user @bpsyops, who detailed his findings in a report published to pastebin: http://pastebin.com/J7QFxn2A

“When doing my research for Charles Amati, I came across a profile on a mincraft forum that lists their location as “Woodstock, IL” and their xbox gamertag as “camati”, which is the username Charles uses on various other profiles around the web. This profile is showing that he’s a teenage girl.”

For people who have studied pedophiles for any amount of time, this should come as a huge red flag.

For the McHenry County sheriffs, this info doesn’t seem to matter too much because they are regularly deflecting all tweets from people asking questions to the Woodstock police department and blocking those who persist that they do an investigation.

Experts said a mental health assessment would be key to determining whether the message was an isolated act or part of a larger problem, but Chief Lowen said that Amati wouldn’t be required for any of it.

With the revelations that Charles Amati is online posing as children and interacting with other kids, as well as sending texts asking a 12 year old girl to “send some sexy pictures,” we are collectively asking that a thorough evaluation is done on Amati’s mental state as well as seizing all of his electronic devices while the investigation continues.