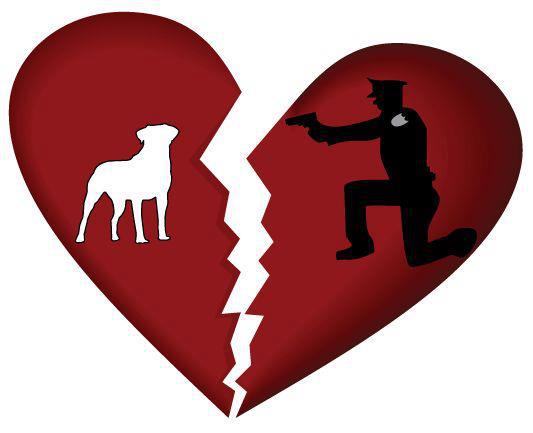 Mike B shared this post via CopBlock.org’s submit page.

Our dog was playing in a park when Michael Lopes brought his vicious dog out of his house without a leash. Our dog is a very friendly, playful dog that all the kids in the neighborhood love and play with on a daily basis (we have supporting proof that will be presented in court). When our dog went up to his dog in a non-threatening manner, Mr. Lopes proceeded to brutally beat our dog, repeatedly punching, kicking, and using a dog leash, that was not on his dog. His actions were motivated by a previous altercation between his dog and ours, which his dog initiated.

Mr. Lopes observed us going to retrieve our dog before the attack, which was approximately 15 feet away. However, as we came closer to our dog, he still proceeded to beat our dog relentlessly.

Additionally, Mr. Lopes approached us in a threatening and pugnacious manner, stating he would shoot our dog if he was not seen on a leash.

I called 911 to report the incident. My wife and I explained to the officers what occurred, but they did not want to hear or believe anything we had to say. They first showed up at Mr. Lopes residence and spoke with him and his neighbor friends before speaking with us. Mr. Lopes and his neighbor friends all gave false testimonies regarding the incident, which the officers believed.

As a result of this, I was issued a citation, but Mr. Lopes was not.

The officers were also rude, disrespectful and unprofessional toward my wife and I, which, needless to say, made us very upset. The officers were also advocating that Mr. Lopes shoot our dog and any other dog that was not seen on a leash; they were supporting the threats and actions demonstrated by the assailant.

I explained to them I am a Veteran and was demonstrating to them the utmost respect, but they were not equally respectful to me or my wife. I told them that this is the gratitude I get for serving this country, even though I was not born in the country. I was very respectful to them and addressed him as Sir. But, for whatever reason, they did not treat us the way we should have been treated. This seems to be an apparent case of discrimination against us.

It should go without saying that this kind of behavior from the police is very uncalled for, especially since they are supposed to be keeping the peace and trying to keep gun violence as low as possible.

Not only was the officer’s advice unprofessional, it was downright dangerous, as we live across the street from a very big park where many children play every day. This kind of behavior is putting other resident’s safety at risk.

We tried to get the names of the police officers involved but were met with some resistance at the 2nd District station. The woman tried to argue with us that they did nothing wrong and that it was just our opinion that the officers were rude. As far as I know, we should not be interrogated and belittled just to get information on a PUBLIC SERVANT that recently handled our incident in a poor, unprofessional manner.

Internal Affairs was then contacted and two weeks went by with no response from them. They’d said to wait seventy-two hours for a response.
After talking to friends, neighbors, and mutual friends, we found out that other Philly Police officers have not been shy when it comes to encouraging others to shoot harmless animals.

Police officers are supposed to serve everyone without bias and with honor and integrity.

However, we were very sad and disappointed by the unprofessional and partial behavior demonstrated by these two officers.