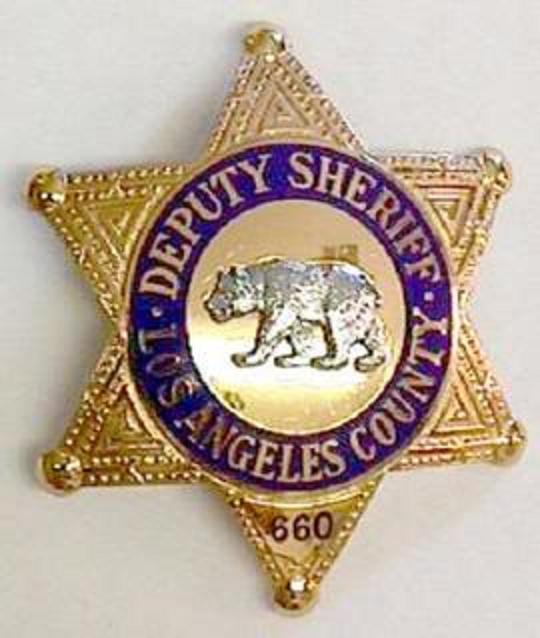 From time to time,  here on Cop Block, contributors and commenters have referred to police as uniformed gang members (e.g., here and here). Mostly, this comparison is based on the fact that police, like gangs claim ultimate dominion over a particular territory. They stake out these particular territories, and demand “protection money” for reasons mostly out of the control of local residents. If their demands are not met, they resort to violence.

They swear an oath of  loyalty to each other, and will cover up for each other’s gruesome crimes at the expense of good sense and morality. Officers have purposely failed to take reports, covered up evidence, and even turned a blind eye to sexual battery and torture by their fellow gang-members (see here). Those who do not abide by the code of loyalty are ostracized or otherwise punished (see examples here and here). They even have a gang color – blue.

Despite the similarities, critics insist that such comparisons are extreme or absurd. Recent news of Los Angeles sheriffs may lead such critics to think twice. Investigators recently discovered that some sheriffs in Los Angeles actually in fact, have formed a gang (based on all reasonable definitions of a “gang”). The “3,000 Boys” is purportedly a group of Los Angeles Sheriff’s deputies who have engaged in gang-like behavior and criminal activity.

Evans Tutt, an inmate was a victim of several of these sheriff’s deputies who were acting as prison guards. Tutt said he complied with everything the deputy demanded. “I don’t want any problems because I know how the deputies down in their module,” he said in an interview with KTLA. Regardless, he was repeatedly kicked and hit with flashlights and other items. He suffered a broken tooth, nose, bruises, contusions and muscle damage. Tutts was in the hospital for 11 days and was charged with resisting an officer. The case was eventually dismissed. An ACLU attorney for inmates has been working to expose this problem for years.

The 3,000 Boys identify themselves with a hand-signs and barcode tattoos on the back of their necks. Last December, they were featured in the news because they got into a brawl at a department Christmas Party with other deputies. Once the Montebello officers arrived, they were informed the combatants were deputies and no one was arrested (but of course if they had been part of a non-governmental, ordinary street gang, they would have all gone to jail).  The County Sheriff’s spokesman agreed that this brawl was a black mark against the department. Of course, for years, it was no problem at all when they beat random people – but when they turn on their own, now that’s a real problem (see full KTLA article here). Forming factions within the large gang, displaying lack of loyalty and using violence against other members surely is not acceptable.

These problems all stem from the lack of competition and forced governmental monopoly on law enforcement, which guarantees police a great degree of job security and immunity from criminal or civil punishment. Even when officers behave like gang members, they are not charged with crimes or fired. According to KTLA, a few officers suspected of being involved have merely been suspended without pay. And in fact, the possibility of termination is described by KTLA as “one of the largest disciplinary actions in the department’s history.”