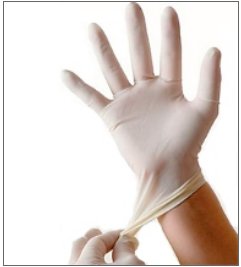 A 54 year old woman had her vagina and rectum probed but no illicit substances were found. Undaunted, the heroic U.S. Customs and Border Protection took her to a hospital in El Paso to get to know her a little better. She was handcuffed, given a laxative, and evacuated her bowels in front of the officers (talk about scatalogy!). Her abdomen was then x-rayed and a speculum was used to plumb the depths of her nether regions. No illicit materials were found but the officers had a great time!

Of course, actions like these are absolutely necessary to keep us safe and free, right?

The woman, a Lovington, N.M. resident, also is suing University Medical Center, where she was forced to have an observed bowel movement, was X-rayed, had a speculum exam, vaginal exam and had a CT scan.

The suit claims the hospital “violated her” and then gave her the $5,000 bill.

The lawsuit names the El Paso County Hospital District’s Board of Managers, University Medical Center, Drs. Michael Parsa and Christopher Cabanillas, two unknown supervising U.S. Customs and Border Protection officers and two other CBP officers only identified by their last names of Portillo and Herrera as defendants. The doctors and the agents could not be reached for comment.

The 54-year-old woman, who is not identified in the suit, is asking for an unspecified amount of money and to end the policy that gives federal agents and officers the authority to stick their fingers and objects up people’s cavities when they search for drugs.

The lawsuit was filed Wednesday by the American Civil Liberties Union in federal court in El Paso on behalf of the woman who was stopped as she crossed at the Bridge of the Americas a year ago. Despite the six-hour search at the port and then later at UMC, no drugs were found.

The woman is identified as Jane Doe in the lawsuit.

According to the lawsuit, the woman was first frisked and strip-searched at the port of entry, where officers stuck their fingers inside her rectum and vagina. When that search came up negative, she was taken to University Medical Center.

“These extreme and illegal searches deeply traumatized our client,” ACLU of New Mexico Legal Director Laura Schauer Ives said in the news release. “The fact that our government treated an innocent 54-year-old woman with such brutality and inhumanity should outrage all Americans. We must ensure that government agents never put another person through a nightmare like this ever again.”