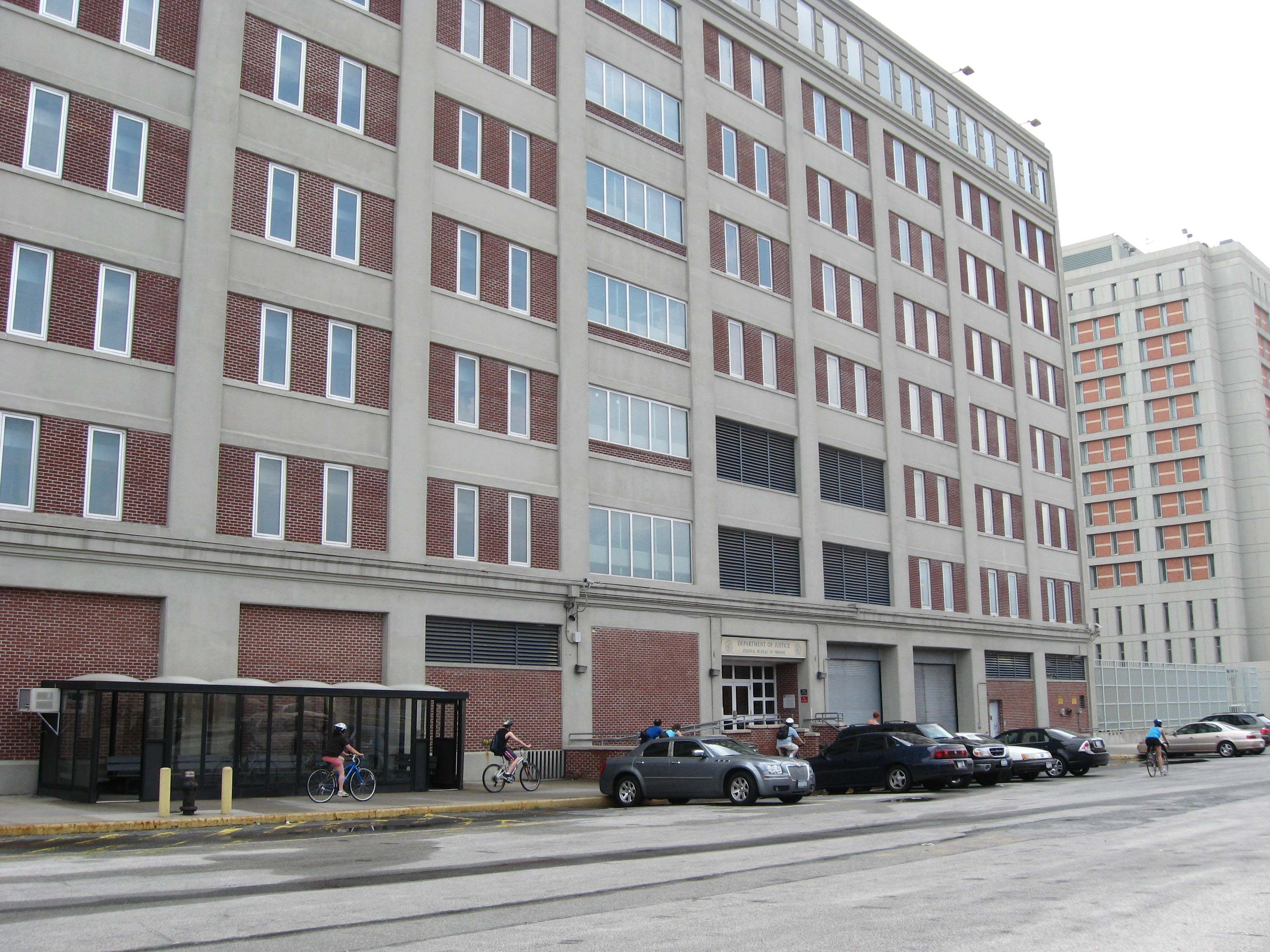 The following was written by Omar Hutchinson and shared via CopBlock.org/submit.

I would like to bring to your attention the level of corruption and bias inside the justice system. My name is Omar Hutchinson; I have been incarcerated for over eight months at the Brooklyn Detention Center (BKDC).

I was arrested in my home on February 22, 2013 around 5:00-5:30 AM. I was taken out of my bed while sleeping and brought to Queens 112th precinct. At the time of my arrest, the precinct’s information and location were not made known to my family (or myself). At the precinct, I was abused and denied the opportunity to get in touch with my family and my lawyer. At that time I was represented by an attorney and my lawyer’s information was inside of my cell phone that the police had in their possession. Please make note that the arresting officers were aware that I was being represented at that time. The officers were given notification of this by me and my fiancé.

Throughout my time in the precinct, I was denied my basic rights. I was refused food, water, the use of the bathroom and my freedom to leave was restricted. In all my 31 years I have never experienced so much abuse and fear. In the precinct, the detective put me through psychological trauma along with environmental manipulation, and as a result I was compelled to write statements against myself. I was threatened, and then promised to be released by the supervisor as soon as I complied with the request of the officer. All that I have given to you in this letter is just a summary of what took place – the details are much more graphic.

I truly believe in the justice system. I thought it was created to dispense justice in a fair and impartial manner, and all citizens are protected under the United States Constitution. From my experience, it’s clear to me that equal protection under the law is not extended to the minority.

This is not an attack on the system based on stories; my argument is based on my own personal experience. I was arrested inside of my home without a warrant or consent to enter; I was denied my right to counsel, and deprived of my due process of law. Under the United States Constitution, this is illegal. In this case, the police behaved with bad conduct and the bias of the judge made it worse. By allowing such things to happen, it ruins our justice system; the fact that they condone the illegality of the police actions is in fact breaking the rules that they should uphold. The courts moving from enforcing laws and fact finding to prejudice and racism destroys lives and futures of many people, especially the minority.

The Fourth Amendment states that everyone have a right to be secure in in their person, house, papers and effects, against unreasonable search and seizures, shall not be violated and no warrant shall be issued, but upon probable cause. The Fifth Amendment state that no person shall be deprived of life liberty, or property with-out due process of law.

I was arrested inside of my home without a warrant, consent or probable cause. According to the United States Constitution and Criminal Procedure Law (CPL) 140.05, 140.10, and 140.15 this is illegal. According to the law, my 4th and 5th Amendment Rights were violated and an invasion of this nature is unacceptable. The court has made a ruling in landmark cases such as Payton Vs. New York and Dunaway Vs. New York, which deals with violations similar to my case. It has been found in many reports that the New York City Police Department violates these Constitutional Rights every chance they get. The records state “New York City Police” acknowledges that by getting a warrant the right to counsel is attached. That being the case, by getting a warrant their illegal actions have major consequences, therefore they refuse to act in accordance with the law.

Whenever this type of invasion occurs, the arrestee is at the mercy of the police officer, with no help. With this being said, who is with us at the police station? Who is there to tell the true tales of the mental and physical abuse that occurs at the precinct? Who draws the line between the determination of the police and the safety of the people?

I am a witness and a victim of their illegality; I was trapped inside of the precinct with no help and one way out. According to Criminal Procedure Law (CPL) 140.20 whenever a warrantless arrest is made, without unnecessary delay the arrestee must be brought to the criminal court on whatever he/she is being charged with. I was arrested on February 22nd, at approximately 5:30 AM; I was presented in court on February 23, at 11:00 AM. This delay was over 24 hours. This is not in accordance to the law nor Criminal Procedure Law. This is illegal.

The Sixth Amendment states that I have a right to have the assistance of counsel for my defense. Throughout the time spent in the precinct I asked to call my lawyer whose number was in my phone, but my request was denied each and every time. Note once again, not only did my fiancé and I make it known to the officers of my representation, but they also made it clear under sworn testimony they were aware themselves. I was punched, poked, and refused the use of the bathroom. By being denied the right to use the bathroom, I was compelled to going on myself.

The physical and psychological trauma overpowered my will; in fact, I was in fear of what they were going to do to me. I was forced to go into an uncounseled line-up; again I asked for my lawyer and was refused of my request.

The Court should be the place of the fact finding, the place where the truth is based on facts, not beliefs or biases. I was granted three hearings, the Payton, Huntley, and Wade hearings. The date was set and the D.A. presented two witnesses over a three week period; upon cross examination, both witnesses were found to be lying under oath. After the D.A. rested, me (Omar Hutchinson), my fiancé and her son testified upon cross examination and no one was found to be lying. Immediately after the defense rested, the D.A. presented another witness and the judged allowed it. The judge then asked if there were any more witnesses and the D.A. responded “NO.” The judge moved to adjourn a date for closing arguments, which was chosen by the D.A. for 31 days later. Instead of closing arguments taking place on that date, the D.A. decided he’d request to present another witness. The judge also allowed this witness testimony without reasonable explanation. The judge did not consider the fact that this witness worked with the other witnesses who already testified and there is a possibility of the content of the case being disclosed. In the same manner, this new witness too was found lying.

The court was adjourned until the next week for closing arguments. After the arguments were made by both sides, the judge made his ruling. The judge’s ruling was partial and in favor of the police, even though they were all found to be lying. In the courtroom, justice was not about the truth; the judge stated he found some of what the police stated as true. The judge’s decision was astonishing, failing to acknowledge the truth by being one-sided. There was no inconsistency on the defense witnesses’ part, unlike the officers, but the judge found the officers to be credible. Based on what I have seen and experienced during this whole ordeal, there is little or no possible chance of me getting a fair trial, which is supposed to be guaranteed to me by the United States Constitution.

This is a cry for help. My Constitutional Rights have been violated by the police and the judge. Where is the equal protection under the law? I am in fear that my race, nationality and economic status is on trial. Please review my case in any way you can to see the truth for yourself. By right I am supposed to have a copy of the charges against me, but unfortunately they were not given to me. I am only going on what I have been told from outside sources. The legal assistance I currently have is losing this case due to bias judges and corrupt police officers. I have recently received my court transcripts and I am willing to send out copies to whoever is interested; this is where you will find the proof of the injustice I am facing. I want this issue to be publicized and investigated. Just please take a look at the overturn rate of decisions in Queens, NY. They have the highest number of convictions which later end in acquittal due to appeal.
I am willing to answer any questions you may have.

Feel free to contact me by mail or visit me at:
Brooklyn Detention Center (BKDC)
275 Atlantic Ave.
Brooklyn NY, 11201