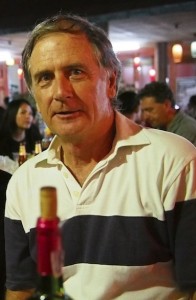 Sergeant David Early of the Romulus, Michigan police department testified that Robert Allen Williams, Jr. was not under arrest when Williams volunteered information that lead to his conviction for a double murder.

Williams appealed his conviction, costing him years in prison while the appeals made their way through the courts and costing the city and state governments hundreds of thousands of dollars to try and support Early’s abuse of authority or cover-up the officer’s abuse of Williams’ constitutional rights.

The US Supreme court noted in the very first paragraph of its ruling for the Williams, “One officer, Sergeant David Early, later testified that Williams was not under arrest at this time, although a contemporaneous police report indicates that the officers arrested Williams at his residence.”

At issue was whether or not the police officer violated the rights of the defendant. The court ruled that the officer had and Williams’ conviction was overturned.

Clearly, as the US Supreme Court noted about the “contemporaneous police report,” Sergeant Early was lying under oath.

Police Misconduct occurs when an officer violates someone’s constitutional rights. This misconduct can subject the officer and the police department to both civil and criminal penalties: It is a crime for one or more persons acting under color of law willfully to deprive or conspire to deprive another person of any right protected by the Constitution or laws of the United States. (18 U.S.C. §§ 241, 242). “Color of law” simply means that the person doing the act is using power given to him or her by a governmental agency (local, State, or Federal). A law enforcement officer acts “under color of law” even if he or she is exceeding his or her rightful power. The types of law enforcement misconduct covered by these laws include excessive force, sexual assault, intentional false arrests, or the intentional fabrication of evidence resulting in a loss of liberty to another.

Disgraced officer Early took a self-described “early retirement” from the police department and moved as far away as he could from the state of Michigan, relocating in Thailand, from where extradition is often difficult if not impossible. The two-year statute of limitations for perjury ran out while Early was building a website about how comfortable his life was in Thailand, (www.davearly.com) while living off the taxpayer dollars.