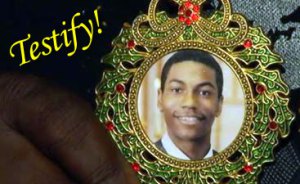 Oregon Cop Block is asking anybody who can liaise with an outer East Portland group packaging testimony for a Federal fairness hearing, regarding civil rights violations by police. We’re ramping up an 8-week campaign, seeking to support your work. See Track Four.

The Keaton Otis homicide, and the City of Portland’s subsequent refusal to respond to Fred Bryant’s call for an investigation, provide four prime areas of discussion.

1. Demand Racial Justice – springs from Keaton wearing a hoodie; tied to the DoJ declaration that investigation into bias based policing was declared beyond the scope of their investigation (pg. 38 of Findings), tied to the HEAT Unit, and racist anti-gang activity

3. Demand an independent investigation apparatus, responsible to civilian authority –springs from holes in Keaton’s case that beg for answers, ties to failure of the County Attorney to press for charges, and a police force that refuses to seek facts when they kill the primary witness

On May 12th, 2010, Keaton Otis was killed by Portland police officers after a ‘routine traffic-stop’ went bad. The official story reports that Keaton Otis had a gun and fired it at the officers, shooting Officer Christopher Burley in the legs. The officers allegedly responded and shot Keaton to death inside of his car.

But there are holes in the story and several questions remain unanswered. Keaton’s father, Fred, has not seen adequate evidence that his son had a gun.

As members of the community, we stand beside Fred, demanding that the Portland Police Bureau produce this evidence.

We demand justice for Keaton Otis. We have subject matter experts, available for media interviews, and seek to make detailed information available to documentary producers.