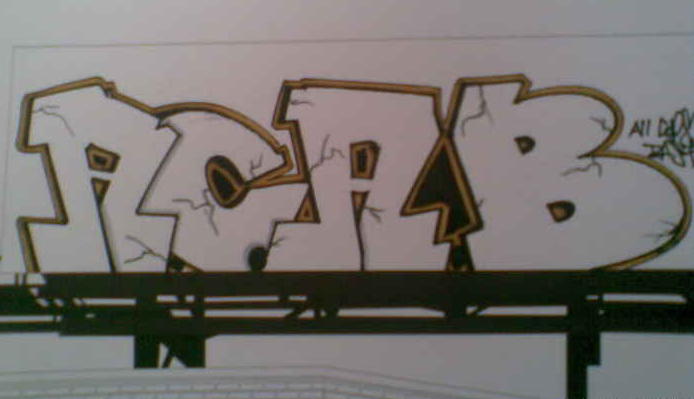 ACAB – All cops are bastards. Most readers of this site have probably seen that phrase left as a comment online, heard it in conversation, or maybe even uttered it themselves. But is it accurate? I don’t believe so. And in fact, I believe it counterproductive.

Without a doubt, individuals – no matter their attire – are responsible for their actions and should be held accountable if and when they initiate force. But making such a blanket statement – that everyone employed in a particular occupation is a bastard – seems reactionary. True, each police employee, by nature of their job, is guilty of subsisting on stolen coin, but so are teachers and astronauts and millions of others. But have you ever seen someone tag a building with “All Teachers Are Bastards?” I haven’t. (Though I have witnessed folks who on one hand decry all police employees and on the other hand clamor for more funding for their favorite governmental program, which to me is hardly consistent, but that’s a conversation for another day.)

The thing that sets police employees apart from others who subsist on the political means is that they are the enforcers – the teeth of the bad idea called the state. As Albert Jay Nock penned:

The State’s criminality is nothing new and nothing to be wondered at. It began when the first predatory group of men clustered together and formed the State, and it will continue as long as the State exists in the world, because the State is fundamentally an anti-social institution, fundamentally criminal… No State known to history originated in any other manner, or for any other purpose. Like all predatory or parasitic institutions, its first instinct is that of self-preservation. All its enterprises are directed first towards preserving its own life, and, second, towards increasing its own power and enlarging the scope of its own activity. For the sake of this it will, and regularly does, commit any crime which circumstances make expedient. The granting of legitimacy to the idea of police as protectors is is crucial to the continuation of their racket. Since we were young – especially for those of us subjected to a dozen or more years of “education” in gun-run institutions – the extra rights claimed to exist for a person donning a police costume has been peddled as fact. That perspective has been happily parroted and reinforced by corporate media outlets. Of course, just because a claim is made, and made repeatedly, it doesn’t make it true.

Kids are told that the world is dangerous and to not talk to strangers unless that stranger happens to be wearing a badge. Competent adults are told not to look after those in their community but to call the “authorities” (notwithstanding the fact that police have no duty to protect the individual). There has been a massive propaganda campaign to paint police as benevolent and necessary (while becoming more militarized) and to divide us. Especially in post-9/11 Amerika.

Yet, writing off an entire group of strangers based on their occupation isn’t the solution. If police employees are viewed as bastards they’re not then seen as worth conversing with. There is thought to be no hope or chance of redemption. Thus, police employees, who are entrenched in an environment that puts those with badges as the only thing standing between civilization and chaos, have little chance of ever being introduced to ideas that call that paradigm into question. Group think – both for the ACAB crowd, and current thin blue line adherents, is crippling to the thought process. Use of the ACAB label only perpetuates the division both for the person levying the accusation and for the intended recipient.

Consider being in the shoes of a police employee. Your life, career, and friends revolve around the police culture. It’s not easy to walk away from – there’s a lot already invested. It’s a sunk cost. Being told that you’re a bastard likely won’t make you stop to consider deeply, the motivations of the person who levied the statement. In fact, it’ll probably just reinforce the preconceived notions that you already hold.

Yet, high rates of attrition (especially within the first few years), alcoholism and domestic violence, speak to the disconnect and internal struggles that many police employees feel, even if subconsciously, between the idealism of policing and the reality of the day-to-day. It takes a lot of integrity for a person to speak out, especially if they realize those around them – their friends and even their family – may not understand.

Admittedly, in this conversation, one thing has been bastardized – language. This is a key, and rarely addressed component, of today’s police state. In his essay Nature, trancendentalist thinker Ralph Wadlo Emerson wrote:

The corruption of man is followed by the corruption of language. When simplicity of character and the sovereignty of ideas is broken up by the prevalence of secondary desires, the desire of riches, of pleasure, of power, and of praise, — and duplicity and falsehood take place of simplicity and truth

When the word used to describe an act, as well as the legality of that act, is contingent on the actor, it reeks of double standards. It’s that artificial paradigm that must be deconstructed. Calling the actors names won’t fix that. Change will happen only after double-standards are recognized and pointed-out to others (both police employees and their supporters).

Thomas Jefferson is quoted as saying “When injustice becomes law, resistance becomes duty” – many take this to imply physical resistance. But in fact, isn’t ones’ mental state a necessary precursor to ones’ physical act?

If the way to eradicate the institutionalized violence of the police state is through violence, it would make sense to resort to the ACAB mantra, since the statement subsumes an “us vs them” paradigm. It dehumanizes the other – the perceived enemy – making any violence schemed or implemented toward an actor in that group not as deleterious to ones mind. But in fact it’s ideas – bad ones at that – upon which the police apparatus is founded, and relied upon to become even more entrenched. Unless of course better ideas are shared and acted upon. The key to successful resistance is ones mental state. Real, lasting change won’t happen firstly or exclusively at the barrel of a gun but through the sharing of ideas that in no uncertain terms, make clear that all people – no matter their gender, place of birth, skin hue, or any other characteristic beyond their control – have the same rights, and that the initiation of force by anyone is not permissible. In this way, the legitimacy supporting the failed institution of a coercion-backed policing is eroded, one mind at a time.

It’s the difference between a revolution and an evolution.

Sure, a revolution may succeed in the overthrow of a current regime, but then what? In steps another crew that claims to have the right to control others in the area, and before long, the situation is back where it was.

An evolution on the other hand, breaks free from that mold. Rather than continue to look to a centralized hub of arbitrary authority, or to a piece of paper that supposedly enshrines our rights, or to others as leaders based on their title or outfit, each person is recognized to have the right to self-determination – to pursue their happiness free from interference from others. In that way, creativity, innovation, and human flourishing is maximized and the human species continues on.

The sky calls to us. If we do not destroy ourselves, we will one day venture to the stars.
– Carl Sagan

We each as individuals have the ability to think for ourselves. When we’re presented with new information, new ideas, we can choose to reject it, incorporate it somewhat (and thus modify our own views) or adopt it completely (and thus disregard our previously-held ideas). True – a conversation with 100 police employees won’t land all 100 in the second or third category, but it’ll put more there than would be had such conversations never occurred. Police are people, and they can change their mind, and act accordingly.

Ultimately, you’re responsible for your actions alone. If you believe an idea sound and wish to make for a more harmonious world, it behooves you to share it with those around you, especially to those who hold and act according to ideas in conflict. If you disagree with someone, take the time to have a conversation. If their actions harm you or others, make it known. Should a police employee be considering according to their conscience the existence of a supportive community will go a lot further than hostility. Fortunately – and honestly not too surprising – we are seeing more police employees break rank and speak out or quit altogether. Let’s keep it going.

Those of us who value freedom from oppression need focus on the institution. Granted, there is a lot of built-in inertia supporting those institutions that legitimize the initiation of force for some, but ideas can spread quick – especially those based on such a commonsensical point – that we each have the same rights. One person can share an idea with those in their sphere, each of whom can in turn share it with those in their own sphere. Certainly, the freeing of humanity won’t come from a top-down decree but from each of us standing up and shaking off those who seek to control us.