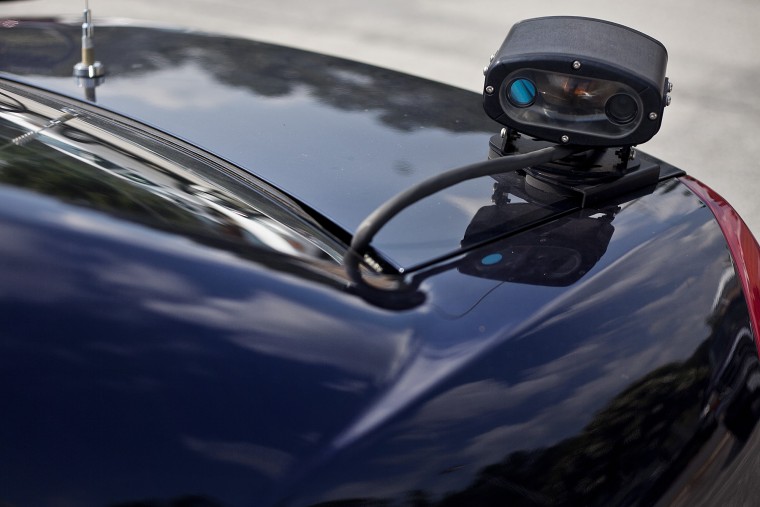 This past Spring, I was on my way home from the office and, out of the blue, I was pulled over by a municipal police officer. I hadn’t been speeding and hadn’t done anything else wrong for that matter. The officer approached my vehicle and asked for my license, registration and proof of insurance and I quietly complied.

He returned a few minutes later and asked how I had gotten my registration and updated sticker for my tag. At this time, I had an out-of-state tag on my vehicle. I told him, truthfully, that the DMV had sent me a bill, I paid the bill and they mailed me the registration and sticker.

He responded, “Well, your tag came up as expired. You might want to call them about that.” With that, he handed me my documents back and went on his way.

This encounter was my first experience with an LPR. LPR is short for Automated License Plate Scanning and Recognition Devices. This is new technology, which scans the license plates of all passing vehicles, checks the license plates against a database which includes expired tags (obviously), stolen vehicles, and vehicles associated with people who have active warrants out for their arrest. This data is fed into the LPR database by the Georgia Bureau of Investigations, the FBI, Georgia’s DMV and, apparently, out-of-state agencies as well.

When there is a “hit,” the system immediately alerts the officer. He then springs into action to rescue the public from those dangerous citizens who failed to pay their annual car tax. This explains my out-of-the-blue detention by this particular cop. For some reason, my former state’s agency had fed incorrect information into the database and I was wrongfully detained for it.

Now this brings up some interesting questions. What if this officer had found marijuana sitting on my passenger seat during the stop? Seeing as the stop was based on incorrect data, wouldn’t my detention have been unlawful? Therefore, evidence of other crimes discovered during that detention would have been fruit of the poisonous tree, right?

Well, the Georgia Court of Appeals has already taken this issue up in two separate cases.

First off, the State need not put on evidence of the reliability of the equipment or database to justify the stop. This is different than evidence necessary to sustain a conviction for, let’s say, DUI Per Se, where the State would have to establish that the Intoxilyzer 5000 was in good working order etc. etc.

So even if the warrant (for example) has been withdrawn or the information is wholly inaccurate (as in my case), the officer is still justified in conducting the stop. Evidence of crimes found incident to that stop are admissible. The State need not even show that protocols exist to ensure its accuracy.

The State has been slowly converting its roads to Fourth-Amendment-Free-Zones for years. This is just another step toward the Orwellian future people rightfully fear. The State is wholly unaccountable for the accuracy of its work. It, therefore, has every incentive to promote inaccuracy or, at the very least, do nothing in response to complaints of inaccuracy. Look for this incentive to be exploited as more and more “law enforcement” agencies adopt the technology.

Please visit my website at http://www.carnellfirm.com. If you have questions, please email me at jason@carnellfirm.com or call me at 770-362-4651.