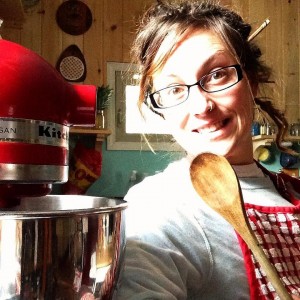 Monday morning I found myself a bit worried about my friend, Melissa Moran. She had posted a photo of a gang member sitting in a vehicle outside of her family’s home and was understandably concerned. This gang has an extensive history of violence and extorting resources from peaceful people. She had noted confusion and fear as this was not the first time she has been harassed or intimidated by this outfit of individuals calling themselves the Rome, NY Police Department. Most memorably for me, is the bullying and threats received because of her growing food in her very own front yard (really). The individual, whose vehicle read #1199 on the side, remained outside for over 45 minutes.

Besides the obvious poor choice of time allocation that was being funded with stolen money by our so claimed protectors, she just couldn’t shake the feeling that something just wasn’t right. Intelligently, she snapped a picture and reached out letting others know that she was perhaps in a sketchy situation. Sadly, later that day while taking one of her four young boys to hockey practice, her freedom of movement was impeded for an ‘inadequate muffler’, she was informed she had an unpaid seatbelt ticket, that her license had been suspended for such and she was then kidnapped by Christopher J Shean, 42, of Rome, New York.

She was then shackled and chained to a desk. She had to request her phone call numerous times as these uncouth costumed individuals attempted to entrap her in to child endangerment charges and kept drilling her with questions about the childcare she was some how supposed to have prepared for in the event of being kidnapped. They threatened her children and then implied  they were going to send other known kidnappers, CPS, to her home if she did not start talking.

Thankfully, Melissa is a smart and informed lady. She held her ground and kept her mouth shut unless she was requesting her phone call. Eventually, the kidnappers allowed her to reach out for help and she was able to get a hold of family to console her children and retrieve the other from hockey practice.

I will be giving a bit more background on Melissa in the very near future. Also, a more detailed description of what took place, why I believe she is a target and the incredible efforts she makes on a daily basis to empower her family and others through her efforts towards sustainability, self sufficiency and peaceful parenting.

Meanwhile, I strongly encourage you to call and inquire as to why time, money and resources are being directed towards stalking and kidnapping this peaceful person. The kidnapper’s name is Christopher Shean and his employer’s phone number is 315-339-7780.

“At 5:15 Monday evening I brought my son to hockey practice which was exactly 6 blocks from my house. Upon leaving the rink, I was pulled over by a Rome police officer who was parked on w. Embargo st with no lights on or engine running during one of the coldest storms we’ve seen all year. This was following a photo proof time stamped shot of a Rome PD car parked outside my house for over 40 minutes this morning. The officer did not ask tell me what I was being stopped for until I asked, and immediately asked for my license and registration by an officer listed on my ticket as C. Shean, badge #10005. The charge initially was “inadequate muffler”…a victimless crime that serves as nothing but a platform to perform background checks, and my inspection was current. The arrest was made on the charge of “suspended license” stemming from 2 separate unpaid fines. One was ” improper restraint” in the town of Sullivan where a roadblock occurred to generate revenue for seatbelt violations. One of my 5 year old sons had the chest clip on his car seat undone at the time the cop “inspected” my passengers and the second was for a “rolling stop” that supposedly occurred 2 blocks from my house by a cop car hiding behind a dumpster. These both took place in the summer of ’13 though I can’t remember which months. I was cuffed on the curb on Embargo st. and brought to the station which was less than 2 blocks away. i was denied the ability allowed to make immediate arrangements to go get my other 3 sons at home (3 blocks away). I wasn’t given a phone call until at least 20 minutes later. The officer repeatedly (3-4 times)asked how old my children at home were which I refused to answer. I was patted down by a female officer and left chained to a desk while my bail was set. Upon paying the ransom fee, I was allowed to go home, after being charged with: aggravated unlicensed operating in the 3rd degree (misdemeanor), unlicensed operator, and inadequate muffler.”

-One of the first accounts of the event I got from my shaken up friend, Melissa Moran.