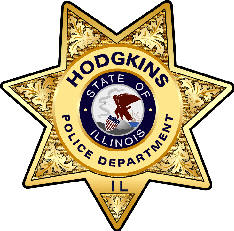 The following post was shared anonymously via CopBlock.org’s submit page.

These events transpired on the early morning of January 1st, 2013 at 6101 East Ave in Hodgkins, Illinois. I was one of the last patrons at the bar along with the bartender and the DJ. The DJ was distraught with someone on the phone and said something along the lines of, “Fine come here then, all of you!” A gentleman then came in the bar and asked who Brian is and tried to dissolve the upcoming situation before it even started. He was a calm and decent gentlemen. Then the others showed up. The two were yelling at each other about some DJ stuff. I didn’t pay attention to what they were saying since it didn’t really matter to me what they were arguing about, and I was trying to watch the four people in the parking lot (excluding myself) to try and figure out what their intentions were. The other party tried to restrain their member of the shouting match, and I restrained Brian. The yelling and shouting persisted and eventually their member started getting close to Brian as I was restraining him. As I did not want to restrain him while being attacked, I released him and they appeared to exchange blows. We shortly thereafter broke them up and that was about the time the police arrived.

The police tried to dissolve the situation by separating everyone. A police officer then asked for my identification. I responded that I didn’t see why he needed my ID as I had done nothing wrong. He then tried to stare me down as I stood there. I can’t remember exactly what he said after that, but I handed him my ID. I unfortunately don’t remember what he said to me next, as it came from left field so to speak, but I remember it was very inappropriate and unprofessional. I then asked for his name and badge number to which he responded with something like, “Don’t worry about who the fuck I am, let me worry about who you are.” I asked him a few more times for his name and badge number, but he continued to refuse. The officers than continued to question the other people, so I went to my truck in the rear of the building to retrieve my coat and cigarettes. The officer came back along with a female officer and asked what I was doing. I told them I was getting my cigarettes and coat. He demanded I go back to the front and I said no problem. We were walking between my truck and a van and he turned back to me so I stopped walking. He then chest bumped me and asked if I had a problem to which I replied no. He said something like, “Well, then get going to the front.” I responded that he was standing in my way so I couldn’t walk to the front.

He continued to yell at me and push me, as well as chest bump me. He then asked why I was pushing him, to which I replied that I wasn’t and I was standing in one place. He then continued to escalate his unwarranted aggression towards me, saying things like, “Come on bitch, do something so I can beat the shit out of you.” He repeatedly told me to hit him so he could kick my ass. I asked him why he was treating me like that when I did absolutely nothing wrong, and said I wouldn’t treat him like that. He responded, “Of course you wouldn’t, because you are a cunt.” I then started to ask for his badge number and name again, which of course he refused to give up. The female officer then held my hands behind my back a second and told me to do what he says. I thought, however, that hitting him like he was telling me to do would not be a good option. I was told to stay in front of the cruiser then, which I complied to. They then continued to question people and send people on their way. The officer then came back to me and asked if I understood why he did what he did. I responded that no, I have no idea why you would get in my face, threaten me, and call me a cunt when I did nothing wrong. He responded, “Whatever, fuck you.” I then went inside to call a cab.

*As this was at the end of a night of celebrating for the new year, obviously I do not recall everything word for word. However, I clearly remember the officer’s attitude toward me, bumping me, prompting me to do something and hit him so he could harm me, telling me I’m a cunt because I wouldn’t treat people the same way he does, refusing to give his name or badge number and generally acting very aggressive, violent, unprofessional, and unlawful. It saddens me that someone I, as a taxpayer, pay to help and protect us would lash out at me, berate me, insult me, and assault me. It also saddens me that he would try to make a situation in which he could cause me physical harm, the very opposite of what I pay him to do.