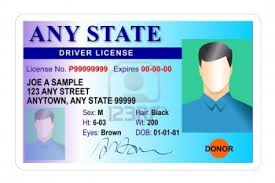 I was pulled over on November 19th and arrested within three minutes of first contact, without having done anything illegal.

The reason given for the initial stop was an alleged lack of lights on a bicycle. The officer asked me for an ID and I responded by asking if I was legally required to show an ID. (I knew I was not. If the officer had reasonable suspicion that I had committed or was about to commit a crime, I would have been compelled to give my name, and I would have if asked. But he never once asked for my name, only for a physical ID, which I am not even required to carry.)

He stated that any time his lights were flashing I was required to show an ID, which is simply not true. I started filming and asked to see some identification from him. He refused and, as you can see in the video, put me in handcuffs almost immediately, without having even given me a full name or badge number, and repeatedly refusing to tell me what the probable cause for the arrest was.

For more info on what happened, and to see a transcript of the audio please check out: www.rule-the-wasteland.blogspot.com

For a video of me going into a little bit more depth explaining what happened, check out: http://www.youtube.com/watch?v=yYFO5mLeA7g

I would appreciate it if everyone could spread this video and contact GPD and express their concerns about the conduct of their officers, especially officer Benjamin Blake.