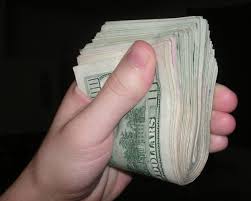 Without a warrant, the New York Police Department (NYPD) burst into the home of Gerald Bryan in a nighttime raid in March of 2012. Police punched through walls, tore out light fixtures and seized $4,800 in cash. Gerald was suspected of distributing drugs and taken into custody. One year later, the case against him was dropped. Yet, when Gerald tried to get his money back, he found that it had been deposited into the pension fund for the NYPD.

Under civil forfeiture, someone does not have to be convicted of, or even charged with, a crime to have their property confiscated. Plus, under New York state forfeiture law, the burden of proof is placed on the property owner. In other words, owners have to prove their innocence in court.

That clearly favors the police. According to Steven Kessler, the former head of the Bronx District Attorney’s forfeiture unit, property owners are not charged with a crime in 85 percent of the forfeiture cases pursued by the NYPD.

As Max Rivlin-Nadler elaborates at Gothamist:

The NYPD does not keep public records of how much money or property it seizes through civil forfeiture, nor does it publicly account for how that money and property is spent or allocated. Based on the sheer volume of cases that the department pursues, experts estimate that the amount the NYPD has taken from New Yorkers over the past decade is well into the millions.

That isn’t too surprising, if disheartening. According to the Institute for Justice’s report, “Policing for Profit,” across New York State, district attorneys and task forces obtained almost $70 million in cash from forfeiture in 2008 (the latest year available).

Fortunately for Gerald, in June 2013, he received a check from the city. But the money was taken from the general fund, not the police pension fund. With poor protections for property owners and perverse incentives, the NYPD can continue to police for profit.