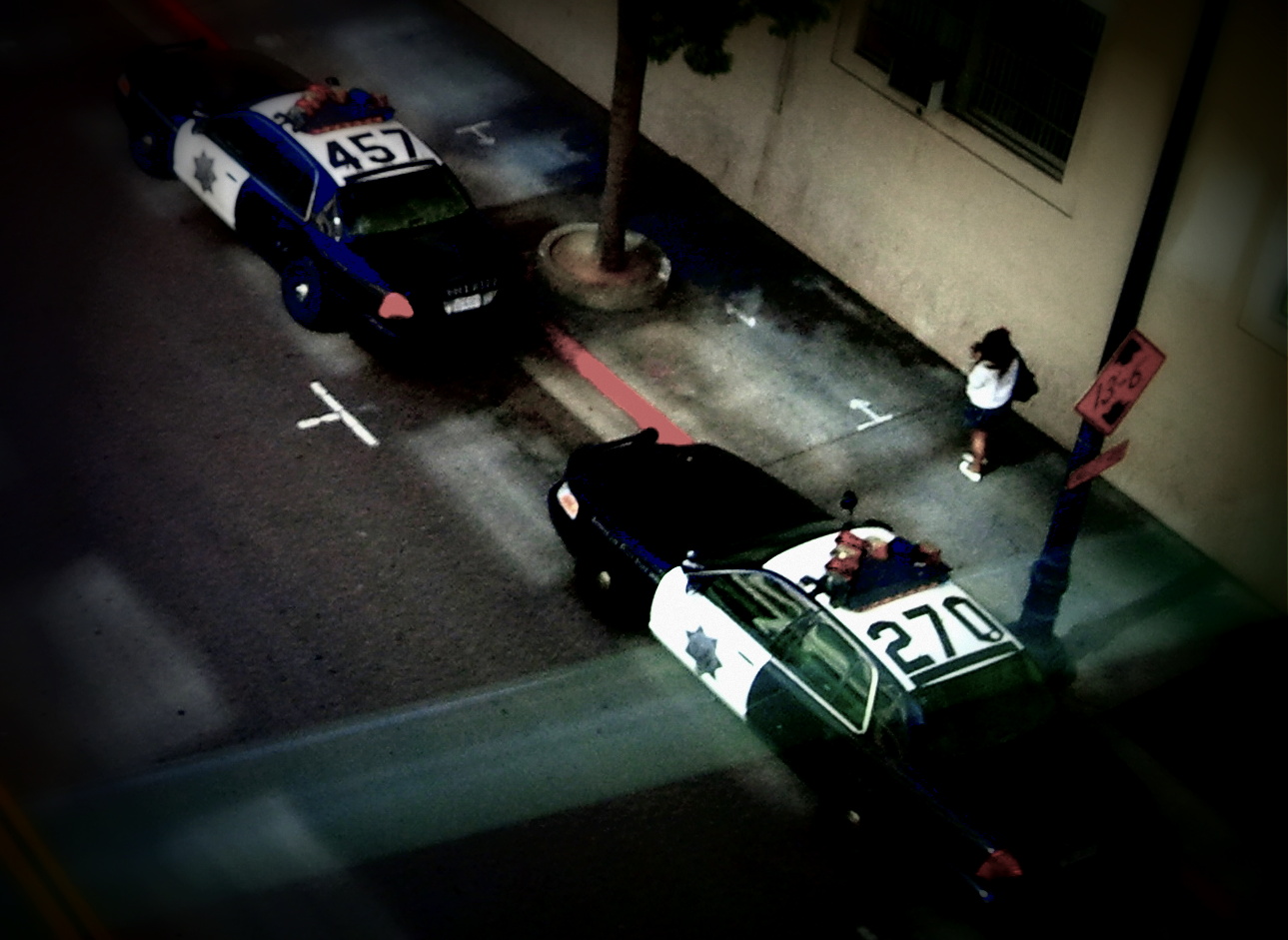 If you are an Average American, that is. If you are a halfway decent human being, you might be crying in despair at humanity, or cursing God/Allah/Yahweh/Vishnu. But if you are the Average American, you will sleep fine tonight, like you have always slept, in the face of countless acts of police brutality – including plunder, robbery, rape, child abuse, and even murder.

Kelly Thomas was a schizophrenic and homeless man living in Fullerton, CA. In July of 2011, he was approached by police for questioning in connection with vehicle vandalism while in downtown Fullerton. Police escalated the situation (as they are prone to do). Some 6 officers were involved in this encounter with a homeless man, who had at that point committed no theft, violence, or any other crime. Mr. Thomas was subject to a brutal beating, during which Officer Manuel Ramos put on latex gloves, balled his fists, and said to Mr. Thomas, “You see these fists? They are getting ready to fuck you up.” Another officer principally involved in the beating was Jay Cicinelli. Mr. Thomas died from his injuries at a hospital several days later.

If an ordinary person had put on gloves, and said “These fists are going to fuck you up,” then proceeded to beat a person to death, a first-degree murder charge and conviction would be swiftly in order. In the case of hallowed police officers, charges were filed only after extensive public outcry, and even then, the most severe charge was that of second-degree murder against Ramos. Cicinelli and Ramos went on trial, and were acquitted on January 14, 2014, of all charges – including excessive force (more here and here). Of course, inherent in that conclusion by the jury is the unspoken declaration that in America, it is not excessive to beat a helpless and mentally ill detainee to death for merely being accused of suspicious activity.

This ruthless beating and murder would certainly seem horrendous to a human being of integrity, but of course, the Average American is not a human being of integrity. The Average American has, for decades, cheered on the various acts of police violence against students, disabled old men, children, among other completely innocent parties. The cops were doing their job – to hell with it if some innocent person was murdered in the process. The cops are heroes – so be it if they have to kill a child or two to “keep us safe.”

The rationale behind the defense of Cicinelli and Ramos was that Mr. Thomas died not at their hands, but due to asphyxiation and heart problems arising from complications of alleged drug use. Keep in mind that when ordinary mortals commit crimes, it is a well-established legal principle that they take their victims as they find them. If an ordinary man punches another man in the face, and the victim unexpectedly dies because he happened to have a thin skull, no court would exempt the aggressor from the crime on the basis that the victim died from complications arising from a thin skull due to drug use or any other reason – the aggressor would be held to account regardless. However, have the aggressor don a uniform and a badge, and the story becomes quite different. His act of violence is treated almost like an act of nature, and everything else but his holy act is to blame – the victim’s mental illness, his resistance to abject humiliation and physical torture, his pre-existing conditions, etc. Such is the double standard the Average American allows the policeman.

The kind of worship the Average American lavishes upon police is similar to that of deification; police essentially can do no wrong. If they murder a petty criminal, it’s justified because he was a criminal. If they murder an innocent person, it was a mere “mistake,” and justified because police were “doing their job.” The only other entity accorded such moral leniency in the face of repeated, intentional, malicious violence, is God. Indeed, the mentality Americans have toward police is virtually indistinguishable from that of, “God works in mysterious ways.”

Because in America, a cop is likened to God, the Average American cares not that police lionization and immunity has resulted in the “Land of the Free” having the highest incarceration rate, both per capita and in sheer numbers, in the entire world. For the same reason, the Average American actually thinks it’s quite wonderful that their infallible demi-gods have steadily acquired weapons they should not possibly ever need for domestic purposes, including drones, tanks, and grenade launchers, while ordinary citizens are increasingly restricted and regulated in firearms ownership. As it should be, perhaps – who are lowly mortals to question the motivation of gods?

If you are the Average American, you are perfectly comfortable with this verdict because you, Average American, defend the system at all costs. In the past, people may have suggested to you the absurd proposition that justice and policing ought not be a coerced institution of monopoly by government, and should be conducted on a voluntary basis. You laughed at this “idealistic” nonsense, insisting that voluntary policing and freedom of choice in justice systems would surely lead to chaos and violence. As if police murdering people in the street with impunity isn’t chaos and violence. As if your precious government system of policing and “justice” isn’t simply a permanent monopoly of systemic violence that by definition perpetuates, and even encourages chaos and violence.

But this is no matter, because “the system isn’t perfect, but it’s the best there is. God bless democracy, freedom, and civility.” The police must murder to save lives. They must use violence to prevent violence. They must break the law in order to enforce it. Freedom isn’t free. War is peace. Freedom is slavery. Ignorance is Strength.