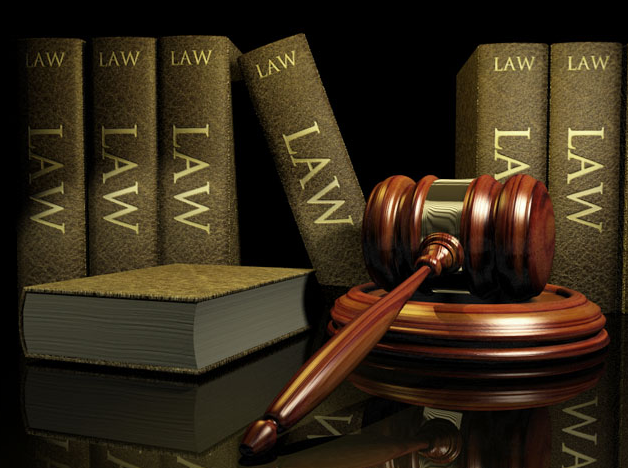 The text below was emailed to Cop Block. It was compiled by bewaremouse but drawn from the insight and input of over 20 contributors.

It makes the case that most police employees don’t purposefully aggress upon the rights of others. Rather, when that happens, it’s due to incorrect information they’re told at briefings. Specifically, that the broad interpretation of policies and statute catch-alls cause their default to be – “I’ll just arrest them and let the courts figure it out.”

The text below suggests that the best way to stop such occurrences is to educate those police employees – either through a certified letter or through in-person communication – on federal statutes 18 USC 241, 242 and 245. To put them on notice that if they act outside of the constitution it is they who is in the wrong. It continues by advocating that those targeted with frivolous charges fight them, and file counter-claims, as the implementation of unjust policies/interpretations won’t change until they’re challenged and found to be erroneous.

Whether you agree or disagree with the tactics covered, please share your thoughts below.

Local police employees are informed of local ordinances and policies that violate federal laws concerning the restrictions of government set forward by the constitution. Thus, authorities overstep the guidelines set out by the constitution in the name of public safety, which is illegal, and could be coined “absurdity of the law.”

An example of absurdity of the law would be a law that states, “Any bloodletting in the streets would be punishable under the law.” Then an arrest is made under this law concerning a doctor performing an emergency procedure on an injured man that requiring an incision thus drawing blood in the street.

By interpreting a poorly worded law or statute the police make a regular practice violating constitutional restraints, as they please. The police are told in briefings of ever-increasing powers allowed by new interpretations, and thus arrest nearly anyone whether they have broken the law or not.

It is not the criminals getting off on technicality, it is the police making frivolous arrests based on them.

To go head to head with police employees only re-enforces the conflict. The police are not robots and find it hard to give up any perceived authority they may have. If an argument ensues – even if you’re correct – they will take take the safe way out and arrest everyone and let the judge sort out the mess.

Even after being found not guilty, the police will continue to take this safe way out until it is no longer accepted by the policies set by the department, or until federal intervention occurs – as finally happened to the stop-and-frisk policies in New York City.

Every arrest made based on illegal policies only makes it more likely others will be arrested under the same circumstances – it’s reinforcing and there’s no deterrent. Posing the same arguments only brings-about the same the results time after time.

The difference can be made by changing the approach. By engaging the police from their own point of view, with ideas they can relate to that is in their own best interest – their family, children and the future they wish to leave to them is a point of view all have in common.

As many police officers will point out there is the hard way and the easy way to do things. The third option is rarely considered and less often explored, which can be used by drawing a line all can see and respect.

At this time it is recomended to look up 18 USC 241, 242, 245 – these federal laws define what a police officer CAN NOT DO, rather then what they can do. Police in general are community minded and care not only for their jobs but care how they effect the community. Key elements of these laws:

Whoever, under color of any law, statute, ordinance, regulation, or custom, willfully subjects any person in any State, Territory, Commonwealth, Possession, or District to the deprivation of any rights, privileges, or immunities secured or protected by the Constitution or laws of the United States, or to different punishments, pains, or penalties, on account of such person being an alien, or by reason of his color, or race, than are prescribed for the punishment of citizens, shall be fined under this title or imprisoned not more than one year, or both; and if bodily injury results from the acts committed in violation of this section or if such acts include the use, attempted use, or threatened use of a dangerous weapon, explosives

(a)
(1) …nor shall anything in this section be construed as depriving State and local law enforcement authorities of responsibility for prosecuting acts that may be violations of this section and that are violations of State and local law…
(2)
(b) Whoever, whether or not acting under color of law, by force or threat of force willfully injures, intimidates or interferes with, or attempts to injure, intimidate or interfere with—
(1) …person or any class of persons from—
(B) affording another person or class of persons opportunity or protection to so participate; or
(5) any citizen because he is or has been, or in order to intimidate such citizen or any other citizen from lawfully aiding or encouraging other persons to participate … or participating lawfully in speech or peaceful assembly opposing any denial of the opportunity to so participate … include the use, attempted use, or threatened use of a dangerous weapon … the term “participating lawfully in speech or peaceful assembly”

This is something not covered in their day by day briefings. They have been trained to forget these little annoying federal laws, and they do not have them in mind when they pull you over or detain you for no apparent reason. When they are reminded of these laws and the fact local ordinances can not violate the root of federal law, they will consider this right away and determine how important it is for them to continue their so called investigation.

Of course if they are investigating something tangible and something to be truly concerned about they will let you know by explaining how important it is rather then skirting the issue or giving nonsense reasons as why they are questioning you. If they are bluffing or truly investigating a crime that you have no clue about, so long as you are not the one they are looking for, then cooperating with the police is not measured by how many rights you choose to give up. Instead ask for an incident report number and explain you will not answer any questions what so ever without a lawyer present.

If you have a real problem such as pointless intimidation, threats, or arrest and it is well documented, these things must be challenged in court! The only way to change laws is through a judge and a jury. (Jury nullification is a power the jury has over the statutes the state passes into law.) If found guilty appeal. File a counter claim and take the action to a federal level. Police do not wish this to have their actions tested against those federal statutes as they will be forced to abide by that decision. When you file give notice to the jurisdiction this is no longer a venue that has authority and after they simply drop the charges don’t back down and concede as they will just continue to impose the illegal law on someone that is not prepared to fight it, and again re-enforce the statute that would be decided against.

If you plan to be active in a area for any length of time or if you know there are problems already it would be a good idea to print out 18USC 241,242,245 and simply mail them certified letter to the police department and the mayor. This fulfills a major legal requirement. They are now acting knowingly and willfully against federal law.

When police officers stop people for no reason there are many tactics they use to be able to get charges. If asked these questions keep your mind about you – don’t attack or challenge them. (These are examples – using these can create problems, but you are well within your rights.)

“Why are you taking photos of the police officers?”

“You are watching our traffic stop and we don’t know who you are or what your doing.”

“Do you have something to hide?”

Concerning banners and signs… (If you attach a sign to a fence or fixture then you can be corrected and they will tell you to take it down and be within their authority to do so. However if you have two people holding a sign or banner then they have no authority to do anything at all.)

Police may be doing an investigation and be concerned about the person of interest getting away, which is a valid reason why they may deny any request. However to inflict their problems on you is still illegal and should be taken up elsewhere than internal affairs. There is no judge notified when you make a complaint and any investigation is quickly swept under the table. Don’t bother!

When you choose to, and if you are a die hard with a goal to make a difference, then the next item is for you regardless of the opening question.

If the police officer tells you that it is illegal to take photos of them or 100 other things that just is a lie, you may choose to take it to court allowing the officer to decide the outcome.

Fall silent. Look at them with a straight face. Reach carefully for the papers you no doubt carry with you at all times… hand them to the officer and tell him he is served and any further interference, intimidation, threats, may be considered illegal and he may face federal charges and up to nine years in a federal prison.

Remember they pretend to have authority over you. They don’t – they answer to the public. Pointing this out may not be popular with them but that is what’s wrong with what they have been told at daily briefings. They are told they now can do this and that never looking at what the law really is. Their instructions come from policy makers rather then the city attorney, who is only asked about very specific circumstances.

When you are out there following a lead for a story or if you just so happen across a real happening problem, when you make the choice to film it, you have committed to make a stand against the most frightening element of our society, and it could lead to your arrest. What you do and how you behave will either re-enforce the arrest or make it impossible for a honest cop to move against you. The later is preferred. For an officer to become better informed, and looking forward to what might be if he continues his actions, is the real change we wish to make. The police in general honest, just misinformed of the danger, threat, and purpose of those who appear to stand against them. They can’t be blamed and they can be stopped. The hard way, or the easy way. The easy way would be for them to look at the future they are making possible and choose themselves no longer to except illegal orders or statutes.

By separating those who would be corrupt from those who are not we have a strong government not afraid, with the public support, to challenge the corruption and place the offenders where they belong – IN JAIL!!!