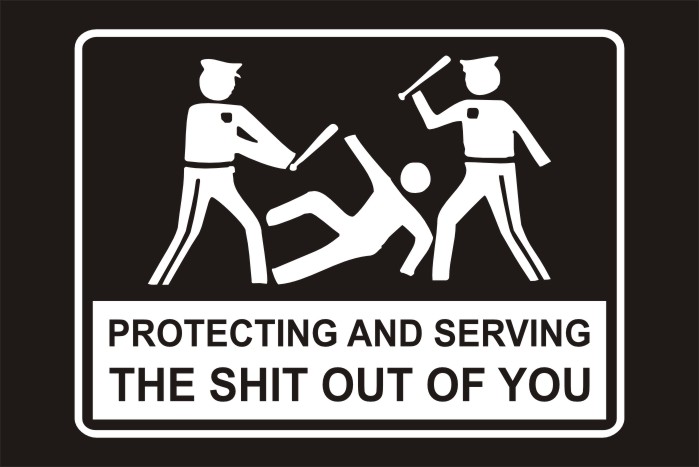 Do whatever the cop says or else face arrest it seems these days, even if it’s unreasonable. As I’ve said in the past, the days of “protecting and serving” are long gone, replaced with an out of control Police force that seems hell bent on using as much force as possible, as we’ve seen many times. It all shows how your rights don’t matter to them. Your rights matter less and less everyday, with terror threats being used as a ploy to make you think it’s all for your safety. Ask yourself this, if it was all for your safety, then why protect against terrorists when they kill far less than the Police do? Why not fix the broken police system instead?

In this article, I’m going to respond to a video that was posted on YouTube (above) depicting Police trampling over someone’s rights, searching this man’s car without consent, and without much of a reason. This all took place at a DUI checkpoint, and Police failed to even ask whether he had been drinking or not. The cop in this case seemed more pissed off that he pulled over a guy that actually knew his rights.

The video starts out with the cop asking the driver to roll the window down farther. It was open enough that they could hear one another, hand over documents and so on. The driver did not comply, and instead told the cop that rolling the window down further wasn’t necessary. Already, you can see the cop is not happy.

The driver asks the cop at various times whether he is being detained or not. Now I’ve seen various videos in which people ask that question, and usually they get a response. In this case, the cop never answers his question.

There are two parts in the video that really stand out, in my opinion. The first part is when the driver is asked to step out of the vehicle. You can hear an officer ask the driver off camera if he is an attorney or something and whether he knows his rights. The driver then confidently states his rights. At this point, you can already tell the cops aren’t too happy with the driver, because he dared know his rights.

The next part occurs when the Police are searching the car without consent. They did have a Dog that allegedly gave them an alert, but as you can see in the video, the driver believes it was a false positive, saying that it is easy to coerce the dog into giving the Police an alert. Secondly, the driver (the maker of the video) says he’s never had any illegal substances in the car. While searching the car, the two cops are talking to one another, and one says, “He knows his rights and is perfectly innocent.”

Well Mr. Officer, let me give you some common sense advice: If he is perfectly innocent, why the hell are you searching his vehicle? What reason could you possibly have to continue the search when you know the guy is perfectly innocent? Common sense might say let the guy go and apologize for wasting his time. But no, instead of letting the guy go, the cop continues the search, for no reason other than to terrorize the guy, I guess.

The officer also sounds annoyed because the guy knew his rights. Was it a pain in the ass to pull over somebody who knew his rights? There is nothing wrong with knowing your rights. Badged thugs seem to have an issue with it, because it makes it harder for them to terrorize you.

Then they find the camera, which I’d say was sitting on the passenger side seat. They realize it’s on and turn the camera around of course. Bad cops don’t like the idea of Police accountability; it might actually force them to do their jobs. Just a shame, eh?

This is yet another example of why you should record your Police encounter. Your story against a badge, guess who wins without video evidence. We’ve all got phones capable of recording video, and in this so called modern age of protecting and serving the shit out of you, it might be a valuable thing to have when the time comes.

In terms of this video, I don’t think the cop had the right to trample over the rights of the driver for absolutely no reason. As far as I’m concerned, badges really don’t grant extra rights. But it seems Police today believe the suit they wear, their badge and gun grant them extra rights and magical powers to do whatever. It’s really sad, to say the least.

Where do you stand on this one? Did the Police officer in the video step out of line? Or were his actions justified?

The author of this post is a journalist for http://newsingeneral.com/