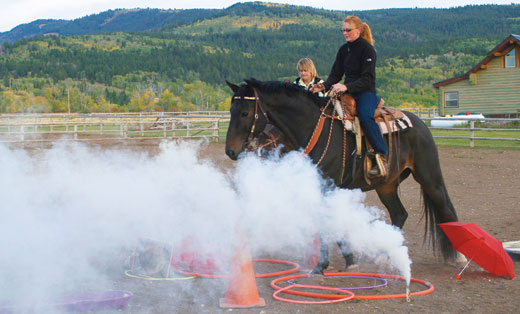 When looking to the past and believing that all was well, I often wonder if I was simply ignoring what may have been wrong or if all was well indeed. In recent times the police and government actions have scared the willys out of those who have stumbled upon the agendas they have found. When these have been brought to the public’s attention they seem to lose something in the “All Is Well” mentality I once had myself.

I have spent time in the Army and know all to well the “Need To Know” concept that has kept our nation’s secrets for so long. By creating compartments of each subsystem, you can easily hide the creation of the most advanced fighting systems we have; the stealth bomber would be a good example.

Everyone involved worked within their field on a single electronic component or fabrication given to them, not ever knowing what the final product was. This is an excellent way to keep people completely in the dark and surprise the enemy with our new battlefield toys.

When the police train a horse for working on the street, they will subject the horse to an amazing amount of commotion on a regular basis to desensitize the horse as to think it is perfectly normal for gun shots to ring out, cars to suddenly turn over making all sorts of noise and horns to be blown for no reason the horse could understand. This is taken right to the stable and horns will be blown as the horse sleeps so these things are then ignored by the horse and the rider will not be thrown off at the first stoplight that an annoying driver failed to see the light turned green, The horse believes this is perfectly normal and just continues to ignore the problems before it.

But can this work for people?

Well, for several years a prime time show called “Cops” has dominated the TV. This has had the same effect as the firecrackers tossed in the corner of the lot where the horse would be training. By exposing the public to how the police do their jobs and some excitement but not too much, they began the indoctrination of the American public to get used the idea of the flashing lights and getting clear of the official business the police seem to be on.

More and more reality shows began to flood the TV and cable channels. In fact, it’s hard to watch the famous MUSIC TV known as MTV and find a single music video any longer. One cat fighting show after another based on unreal ‘real life’ dramas, has become the norm for all too many shows and now in the homes as well. By these shows and making the most ridiculous arguments seem like something to disrupt the entire neighborhood and get the police called becomes perfectly normal. After all, the toilet paper should roll over the top, not hang off the bottom.

So we have an agenda hidden someplace that has made the most absurd problem into something that requires supervision or intervention. But what is it, so hidden? I am afraid looking at the components just like the stealth bomber will not tell you what the overall build may turn out to be.

The problem remains. Most people go on with life never realizing what may be assembled right in front of them or what the consequences of this may be until it is completely in place.

The constitution is the foundation of what we base all of our laws from. The idea behind it was to prevent exactly what had happened in Germany. Civil rights has been an ever changing and expanding concept. From our early days of slavery endorsed by the laws and supported by judges and court systems, to the woman’s rights movement, and then again in the 1960s with Rosa Parks refusing to sit in the back of the bus, the concept of equal rights has been an ever expanding and growing “protection” of the people.

In the 1960s, a different kind of law was adopted to ensure the rights everyone had fought so hard for, and so long to realize. This was the “Klu Klux Clan Act,” designed to remove corrupt elements of the government that refused to follow the new concept of equal rights. The laws were passed and given numbers as all the laws are given. The numbers given were 18 USC 241, 18 USC 242 and 18 USC 245.

They were criminal laws designed to put in jail those who refused the new rights that had been established. Counterparts were created for civil actions as well; this was 42 USC 1983, 42 USC 1984 and 42 USC 1986. The difference between criminal law and civil law is significant. In criminal law, you must prove beyond a shadow of a doubt the guilt of the accused. In civil law, you must have a preponderance of the evidence to show liability.

This has slowly blended in the courts to where preponderance of the evidence seems good enough to convict and imprison someone rather than beyond a shadow of doubt. The problem has been and continues as the civil system begins to make decisions based on shadows of doubt and allows liabilities to remain unchecked.

The biggest choke is placed on the “Klu Klux Clan Act” when, and if only, the Attorney General has the authority to charge an official with misconduct. This is a key point in enforcing the laws of the country. Prosecutors again and again have submitted charges for approval and have been turned down.

The key to making a change once again is to write, inform, and demand the actions of the government to follow the laws concerning the constitution. Only with the permission and ignorance of the public would such illicit laws and actions ever be allowed here in America.