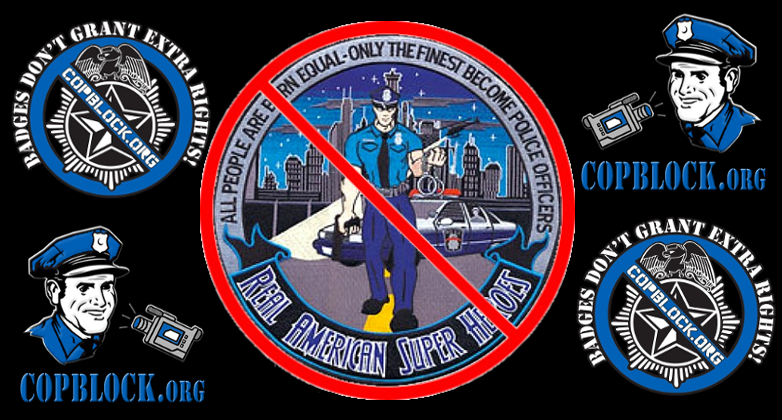 “Police are heroes.” Such an absolutist statement cannot be truthful, yet it’s one we are confronted with via the corporate media and politicians seeking favor with the “law and order” crowd and perhaps most stridently, by police unions. Our friends at PoliceOne.com even have a category and RSS feed “Police Heroes.” Please.

Last week in Mounds, Illinois, Aubrey Edwards ran into a house that was on fire to retrieve the disoriented owner. What Edwards did was awesome, there’s no discounting that fact. No doubt, one could even go so far as to say it was a heroic act.

Mounds Police Chief Lloyd Bosecker said part-time officer Aubrey Edwards saw smoke coming from a residence about 1:30 a.m. at 130 S. McKinley St. Edwards saw a woman on the front porch, and as he approached, she went back into the burning house. Edwards followed the woman inside and brought her out of the residence. The woman, Ruby Powell, and Edwards were both uninjured. Powell is thought to have been disoriented during the fire, which explains her odd behavior, Bosecker said.

Last November 200-miles up the Mississippi River in Louisiana, Missouri, a similar situation unfolded – someone was inside a burning house – in this case a three-year-old boy – and another person was going to put their safety at risk to enter the structure to hopefully save a life. But in this case, the would-be rescuer, Riley Miller, was prevented from doing so by Jeffrey Salois, a police employee. Salois handcuffed and tased Riley three times to disallow him from even attempting to save the three-year-old, Riley’s stepson.

The City of Louisiana anticipates a lawsuit from the family of a 3-year-old boy who died in a house fire. Riley Miller died early Thursday morning in a house fire at a home at 405 S. Main St. Firefighters arrived at the scene at 1:03 a.m. Louisiana Police Department Sgt. Jeffery Salois stunned the child’s stepfather Ryan Miller with a Taser as he tried to re-enter the house. Family members said that Salois stunned Miller at least three times. City Administrator Bob Jenne said Tuesday that no outside agencies are investigating the Salois incident. Salois remains on active duty with the department, Jenne said.

We each have the capacity to do heroic acts. That ability isn’t contingent on our attire or place of work. That is a main thrust given in the video below by Philip Zimbardo, author of The Lucifer Effect. Note too that Zimbardo also outlines that when bad institutions exist, they can corrupt seemingly well-intentioned people. Sound familiar police employees?

The “police are heroes” mantra lingers because those involved in that industry have an incentive to have such a view exist. Their jobs, and their coercive institution, depends on perceived legitimacy. If you and I and others conclude a group of people stealing money from others under the guise of protection is hypocritical and rife with perverse incentives, then we can start to move past that failed structure.

If you see something do something. Don’t wait for others to step-up. Don’t buy into the false idea that only an “authority” has the capacity to bring about a positive conclusion.