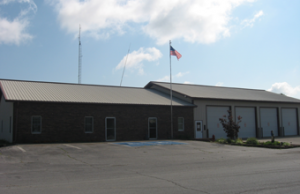 A Marceline, Missouri Police Department employee searched a kid between the hours of 10:00-10:30 PM, on what he claims was a “CONSENT SEARCH,” and then the juvenile was taken “TAKEN INTO CUSTODY” after the police employee found a simple pack of cigarettes. After being manhandled by his acclaimed protectors, he was taken to an office building where he was then subjected to a very broad category of punishments the LEO could unleash on him without accountability if harm was done. The LEO claims to have called the juvenile’s parents. Who wonders what was done? The LEO could have beaten that kid, to death even, then tell his parents the child “attacked him” and that he “feared for his life!” Now, was this what happened? Probably not, at least as far as what I know at this time.

The point I am making is that law enforcement’s checks and balances system has already claimed what one officer did was ‘OK’ and that sets a precedent. The problem with that is the fact that now others will do what the other LEO had done, only because the LEO got away with it! When does it become an option in an individual’s mind to push the boundaries of the laws they are said to enforce, all while ignoring the constitution that is set in place telling them what they CAN’T do, PERIOD! You could even say, “They are just doing their jobs!” Okay then, let’s look at the people they listen to: politicians! Now ask yourself this, what if a self-proclaimed ruler (or even one that is sold under the claim ‘this is who/what the public wants’) claimed that you must leap from a bridge because it is their proclaimed law, and that if you don’t obey these arbitrary laws his group of enforcers will emerge and destroy you? So, who is really to blame for these individuals’ own personal actions?

Let this serve as a reminder to anyone who reads this that your actions are a direct reaction to what you have consciously decided to do! Is it right for one to claim a pardon because they acted in color of law? Of course not, just as it is not right that an individual not carrying a gun and a badge is subject to the ramifications of a court action for possessing flowers or weapons, even if there is no said victim!

Which way do you think this country will go? You see in the news bad cops making bad decisions, then being justly punished; then you see officers who have without a doubt killed another man maliciously who are not even punished… and if they are, others claim that 40 hours community service is just ramification.

Stand up people, don’t let them act as if its a totalitarian country!

Protect yourself and your neighbors from those wishing to inflict unwarranted harm!

Get involved, you live here!