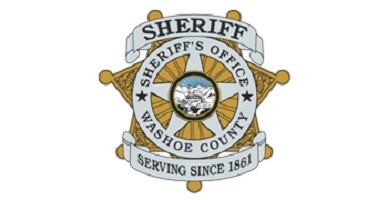 This article was originally published at Examiner.com. It is relevant to the recent post Sheriff’s Dept. Hopeful Wishes a ‘Holocaust and Gas Chambers’ on CopBlock.org’s Writers and Readers.

On Sunday, administrators of the Facebook page “Cop Block” reported receiving a direct message from an individual identified as one Darren Redding, a person claiming to be a recruit with the Washoe County, Nev., Sheriff’s Department. In the message, “Redding” told the administrators of “Cop Block” he would “beat your f*****g liberal a*s just for the sheer joy of it.” The message also called for “another holocaust with camps and gas chambers full of f*****g c**t scabs like you.” But Bob Harmon of the Washoe County Sheriff’s Department told Examiner.com in an exclusive telephone interview Monday that investigators believe the message is the result of a hacked Facebook page.

“This is the dark side of social media,” Harmon said.

The story has already gone viral on the Internet, with some pages reporting that a “future cop” wants protesters exterminated in gas chambers.

But according to Harmon, there is no “Darren Redding” connected with the department — even as a recruit. Moreover, Harmon added, the message “does not reflect the character of the men and women we recruit.”

The department also sent the message to “Rob,” one of the page administrators of Cop Block.

“We appreciate your taking the time to contact us with your concerns. Mr. Redding is not a Deputy Recruit with our agency. We have been investigating this post to the fullest extent and our investigators believe that Mr. Redding’s Facebook page had been hacked,” the department said in a message page administrators made available to Examiner.com.

Harmon confirmed that a Darren Redding lives in the area and said investigators spoke with him.

Redding, whose page is currently unavailable, reached out to Cop Block page administrators, asking them to take the message down, citing death threats and hate messages from page followers.

“What my friend said was un called (sic) for, but now the harassment I am receiving because of his actions is affecting my life,” Redding reportedly told Cop Block. “So again, I respectfully ask you to remove the post you made about me. And on behalf of what was said by someone you thought was me, I apologize. But I need this post removed as soon as possible.”

In another message, Redding said he was uncertain who had written the message because he had “several people at my house last night.”

“I understand that the content of the post was un called (sic) for and very abusive, but now [I] am being harassed because of it. [Y]our followers have sent me death threats of their own, and have called the local law enforcement authorities on me. [I] was almost arrested today on suspicion of being a terrorist. [Y]our followers have been harassing my family members and my friends.”

Redding acknowledged the message was abusive and repeatedly asked for the post to be removed.

Page administrators have not said if they would remove the post in light of the threats against Redding, but Rob told Examiner he should “take responsibility for his actions and his page.”

“If it was one of his drunk friends he should out them,” Rob said. “Obviously this has brought a lot of negative attention to his name.”

“We highlight the double standard that some grant to those with badges by pointing to and supporting those harmed,” he said, adding that the page does not “hate cops.”

“We believe that no one – not even those with badges – has extra rights,” Rob added. “The failure to realize and act on that is to our detriment. By focusing the disinfecting light of transparency on public officials we safeguard not just our rights but those of future generations.”