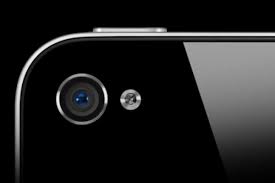 My parents raised me to respect authority and hammered that point home when it came to dealing with my elders, my teachers, my coaches and most importantly law enforcement. My father was an MP while he served in the Army in Ethiopia. He instilled in all of his children a great respect for those men and women who risk their lives to protect ours. I never questioned my father, rarely questioned authority and was scared to death of police.

I was raised in a middle class family in a peaceful neighborhood in South Texas. I was not exposed to a police interaction until I was 17 years old being pulled over for speeding. The encounter was uneventful and didn’t diminish my respect for cops. Besides, the cop gave me a warning and the ticket didn’t cost me a dime. I felt lucky to get out of the interaction unscathed.

In my early thirties I took a job as a newspaper reporter for a small local paper in Southwest Louisiana. I still had the utmost respect for my governmental officials and law enforcement officials. I took my job very seriously and always wanted to cover the entire story. I was always curious, always asking questions and always pushing for more information. I thought this was the way good reporters gathered the news. I soon found out that too many questions about too many things will get you thrown off of a beat. I learned that the only information that was safe to print was the information the governmental agency wanted released. It was the quid pro quo system of the newspaper business. To report on something negative that hadn’t been released by the entity was a surefire way to lose access to every bit of information that came from that office. My publisher made that painfully clear as he reassigned me to a new beat.

That kind of work environment was not for me. I finished my commitment with the paper and then took some time off and followed my government my way. I found a group of like-minded friends and neighbors who were interested in bringing more transparency to our small town government and our small town police department. We, as a group, attended each and every city council meeting, we read each and every proposed ordinance and resolution and we began looking at daily logs from the police department. We were not very well liked by most officials but we were respected by many in our community. I look back and am surprised at just how much we got accomplished with so little money, knowledge or technology. We used word of mouth and occasionally direct mailings to reach the community, and as time went on, people from the community would come to us when they had an issue that needed to be resolved. Our strength came from the number of us involved, our commitment to finding the truth and the fact that we never gave up.

Now, almost 15 years later I look back at our work and think that today is such a wonderful time in history for those of us who would like to become more involved in access to government and governmental accountability. Now is the time for all of us to begin to use our knowledge of technology to shine a light on the erosion of our constitutional rights and the emergence of the new police state. It doesn’t matter if you think you are immune from the effects of a tyrannical government who utilize law enforcement to force us to obey an endless amount of unpopular laws and arrest us for victim-less crimes. In this day and age, we all know someone who has been affected by corruption and misconduct perpetrated by those officials who are supposed to work for us. We have all seen the lack of accountability, the lack of conscience and the greediness our public servants display and we have all seen much more of it lately thanks to the New Media.

We no longer have to depend on Main Stream Media to tell us what the government wants us to know. Technology has made it easy to live stream your local City Council Meetings, to run your own blog and to video and report on the news you see. Now we can share our thoughts on Facebook and Twitter and have our post seen by hundreds of thousands. We are the New Media, filled with citizen journalists, activists and anyone who wants to share the stories they gather. We have the power to distribute information on a mass scale and shine a light on those things that truly interest the public. The New Media gives us another source, another point of view and more detail. As the New Media has grown, Main Stream Media has grown to depend on the stories uncovered by folks like you and me. We have the power at our fingertips to make a difference. It’s time we all start to exercise our right to a free press, a free flow of information and a transparent government. So take out your video cameras and record your interactions with public officials (it is your right). Share your videos, your stories and links to New Media posts. You can also participate in call floods, email floods and even snail mail floods. We all know that the pen is mightier than the sword, so just imagine how mighty the internet can be. Together, as we all stand up against corruption and misconduct, we will gain the attention needed to change this country into one that would be recognizable to our founding fathers and one that we can all be proud to call ours, not our government’s.