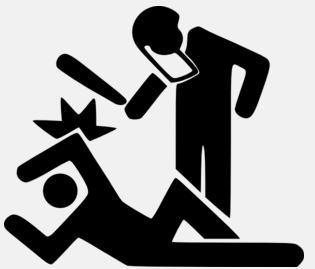 Cole Kruper shared this article, which he originally published at NewsInGeneral.com, via CopBlock.org’s submit page.

Stories of Police picking on the weak seem to be quite common in today’s modern world of protecting and serving the shit out of you. Just this week on NewsinGeneral, I’ve posted two articles that deal with Police beating elderly men, the first one in New York, who is 84 years of age, and the second victim in Oklahoma, who is deaf and 64 years of age. In both those cases, they had something in common, age being the first part. Yes, they are 20 years apart in age, but they are both elderly. Second of all, the man in New York didn’t understand what Police were saying to him, because he didn’t speak English. The 64 year old in Oklahoma was deaf, and couldn’t hear what the officers were saying to him. In both these cases, the cops managed to find someone who was disadvantaged in terms of not being able to understand officers, one being deaf and the other didn’t know English. It’s still no reason for a beating, but now someone has to ask the question: What is possessing these officers to commit such crimes? They are by no means protecting and serving anyone. The officer’s lives weren’t in danger, unless these elderly individuals possess extraordinary strength, which I doubt, or if the cops were extraordinarily weak, which I also doubt.

In another, older story which I also covered on NewsinGeneral, cops in Texas shot a mentally ill man because he was standing still. They later tried to fabricate a story to justify their actions, but those attempts failed since one of the neighbors on the street had a security camera that had captured the entire incident.

So, what would make a Police officer do such a thing? These people are supposed to be the ones we call to protect us. But, when was the last time you felt safe around one of these people? Who do you call when the Police are the criminals?

One reason cops may be doing this is simple: They are power hungry individuals. The weak are easier to control than someone who is young. Chances are, the young person would have a better chance of fighting back (although they’d probably get put in jail for that too, even if the officer was out of line) than an elderly individual. These people obviously want control, and must believe that controlling the elderly is the best way to go. Assuming this is the case, these people should not be cops, or be employed anywhere within law enforcement.

Poor policies and corrupt police departments could also cause this problem, and this reason not only applies to Police beating the elderly and weak, but to every unjustified use of force. Yes, Police departments have policies in place for incidents involving Police brutality, but when the Police department tries to defend officers who they know are complete scum, and try to bypass such policies, calling incidents “mistakes”, and so on, the policies have failed. Corrupt Police departments are a huge part of the problem. They don’t bother reprimanding their officers, instead they defend them, and a year or two later, sometimes even less, they are back out on the streets as a Police officer ready to continue terrorizing innocent people. These people are badged thugs, and corrupt police departments defending scum Police officers is a huge problem. Most of the time, these people get away with things that would put the rest of us in jail for a very long time. If a cop gets a sentence, it’s usually for a short period of time, compared to a life sentence. So, taking that into account, I’d say both the Police departments and the justice system play a huge role in this.

What do we see levels of government above the Police doing about the Police problem? Nothing, and if it is something, it’s usually giving them even more money, or military equipment to terrorize you with. There is no accountability, and that’s why Police get away with beating people up for no reason. These people can get away with murder. Why, because it’s your story (if you’re even still living that is) against a badge. You don’t have a chance of wining unless you have a video of the incident. But the problem is, many people don’t think of recording their Police encounter until it’s over, that’s when they realize they needed a recording. Some may not know how to, or even have the phone to do it. Yes, most of us have smartphones capable of doing it, but what about the elderly? A lot of them don’t have smartphones, or care to ever have a smartphone. What are they supposed to do when a badged thug comes along, ready to pound their face in?

I’d like to see the look on a badged thug’s face if they saw some elderly man or woman with a camera, ready to record.

For those who do record their Police encounters, Police will try another tactic to intimidate you. Suppose you had a camera, and were recording your Police encounter. The badged thug will attempt to intimidate you, by saying he’s going to charge you with something, claiming it’s violating his privacy and so on. In a public place, there is no reasonable expectation of privacy, so the cop is lying to you on that one. There is nothing wrong with recording the cop, so don’t get intimidated and shut your camera off for that reason alone. Because chances are, your going to need that camera when you turn it off. The cop may also attempt to smash your camera.

So, let’s go over this before I continue. Power hungry Police officers, corrupt Police departments, failed polices, a lack of Police accountability, and Police taking advantage of the elderly not having a smartphone in their pockets ready to record Police may explain why so many of these unjustified beatings are taking place.

But what else could explain Police officers, those sworn to protect and serve, committing such heinous acts? I’ve got one idea, and I’m not the first to say it either. Those officers out there doing things like beating up the elderly have to be mentally ill. There has to be something wrong with them mentally that would make them run around beating up the elderly. Aren’t we supposed to respect the elderly? It’s unacceptable to run around, beating up the elderly. If the average Joe did that, they would be charged, publicly shamed on mainstream media and so on. A cop does it, and either no one hears about it, or in some cases (depending on who got beaten) the cop is a hero. In no case of unjustified Police beating is a cop a hero. They are scum if there was no reason to use force. It’s just appalling to hear about cops running around, terrorizing the elderly. What the fuck is wrong with these people? They have to be mentally ill, brainwashed into thinking they are doing their jobs or something. But whatever the problem is, it’s just so hard to comprehend, because the average every day person isn’t power hungry with a desire to beat up the weak.

Many people out there don’t even realize this stuff takes place. Chances are, those that are reading this do understand what’s going on in the world when it comes to Police, but for those that pay attention to mainstream media, they are left in the dark. Why? The mainstream media is too busy distracting people with stupid stories about celebrities and other nonsense. And they all do it. None of them seem to care about what the Police are doing, except for the alternative media, which is thankfully gaining ground rapidly.

The Police are supposed to be protecting and serving. But someone please tell me how beating up the elderly is protecting and serving anyone. No one wins. No one was ever in danger. The only one in danger was the person getting beaten. These cops are out of control! Mentally ill. What I’ve said throughout this article doesn’t apply to all Police officers; there are still amazing cops out there, in my opinion, doing their jobs and so on. Most of today’s cops are living in this fantasy world in which they believe they are above the people, and above the law. They seem to believe they have extra rights because they have a badge and a gun. But in truth, they don’t have extra rights. At the end of the day, we’re all human. Why don’t these cops see that? Treat everybody like they are human. I’d bet these cops would go ballistic if they were treated in the manner that they treat the public.

More and more people everyday are waking up to this startling reality where the government isn’t here to help you. The police seem to have no idea what protecting and serving means. For years, people have relied on Police to protect them. But, now where do people go? The Police aren’t there to help us anymore, they just terrorize us, even kill us and get away with it. The stories that come out on a daily basis are sad to read. Everyday, there is some Police brutality story, generally ignored by the mainstream media. The mainstream media is an absolute joke. There’s a reason I’m part of the the alternative media, and I’m proud to be part of it. The alternative media is what the mainstream media should be. Real reporting, telling the facts as they are.

Protecting and serving, for the most part, are words of the past.