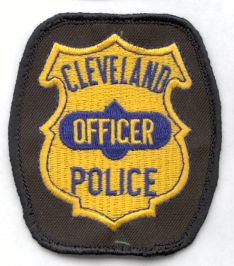 According to an article brought to my attention by one of our Greater Cleveland Cop Block officers, a local radio show host is asking charges against him be dismissed on the grounds that Cleveland police tampered with, and erased evidence.

For those of you that don’t know, “Rover” is a local radio personality here in Cleveland. He puts on a concert every year here in Cleveland called “Roverfest.” He also puts out a yearly calender featuring women from the area. He was involved in an altercation with an off-duty Cleveland Police officer. He has been proclaiming his innocence on the radio since the incident occurred, but has not said much else about it on the advice of his attorneys. I have tried to contact him several times with no response. I know from listening occasionally that Rover, prior to this incident, has always been a very vocal supporter of the police.

It seems evidence has come to light, that the officers involved (that being the ego maniacal off-duty cop who used his status as an officer to fabricate a case and have Rover arrested, and his buddies who, on his word alone, went ahead and arrested Rover) have not been able to tell the same consistent story through the “investigation.” Not only can they not get their stories straight, but they have erased an audio account by the off-duty officer, so that he can come up with a better story.

“An audiotaped statement from Kinas was deleted and replaced with a second statement that is riddled with inconsistencies when compared with police incident and use of force reports, according to a 20-page motion filed Friday by attorneys Larry Zukerman and S. Michael Lear.”

“In the motion, the attorneys argue that eyewitness statements, police radio dispatch tapes and surveillance video from the Olde River Yacht Club, reveal the confrontation likely happened differently than Kinas reported it.”

So it seems Cleveland police are at it again! I urge anyone who is charged by these criminals to fight your charges by any means at your disposal. This is only being brought to light now because they picked on someone that can afford to fight to the end – a false charge brought against someone, by a corrupt department. They picked on a local celebrity. If they would do it to him, what makes you think they wouldn’t do it to YOU!?!

People of Cleveland need to realize this is happening to ordinary people every day! Only, not everyone has the means to purchase the truth. Love him or hate him, Rover, or anyone else, does not deserve this! Hey, Rover! ALWAYS FILM THE POLICE!