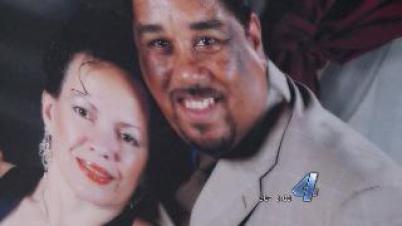 For one Oklahoma family, Valentine’s Day wasn’t a day filled with love, but violence after a loved one died in police custody.

Nair Rodriguez explained how her family went to the Warren Theater for Valentine’s Day, but she and her daughter started fighting in the parking lot.

Nair admits she slapped her daughter. Her husband, Luis, stepped in.

Authorities said Luis was being uncooperative, and there was a struggle.

The family claims the officers started beating him while he was on the ground and they recorded the entire thing on their cell phones.

At one point, Luis stopped breathing and police immediately called for medical help. Sadly, he died a short time later.

Nair said her family doesn’t have the video anymore because police seized their cell phones.

Moore police say they’re in the process of getting a warrant for the cell phone video. They say they had to take the phones to protect the video from tampering and they won’t look at it until they get the warrant.

“I cannot trust justice.” Nair said. “(Luis) was a productive man, he was a family man. He was an amazing husband.”

The officers involved are on paid administrative leave until the investigation is done.