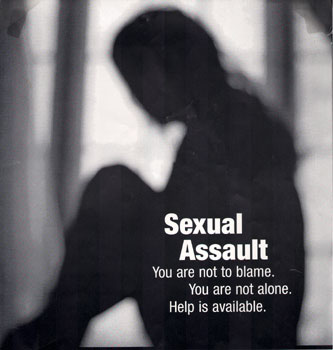 I have written an article about police sexual violence and assault. I found a great article on this subject on your website from three years ago and was able to use it for information. However, this new article focuses less on the details of each case (each example is linked to an article that documents it) and more on why police feel so entitled to sexually abuse people. It covers sexual abuse beyond just women and discusses the nature of power and personalities that are attracted to it. It is ultimately a discussion of police violence and how sexual assault fits into this broader problem.

I hope you enjoy it and are able to share! Here is the article:

When women think of sexual assault or rape, their minds turn to dark alleys or wasted college girls with predatory frat boys. It’s unlikely that their thoughts default to some of the most insidious perpetrators of sexual violence of all. This is because they have shiny badges signifying they are there to help. While countless sects of government, from the TSA and prison guards to the military and even politicians are known to inflict sexual assault, no one does so more than police forces. The members of society most associated with “serving” and “protecting” are the ones who feel most entitled to take advantage.

Many cops have demonstrated their indifference to the crime of rape: they have been found to ignore and bury reports and to fail to complete police work to solve this type of crime. Perhaps as commonly, cops themselves are guilty of violating women almost every day. A female protestor at Occupy Wall Street had her breast squeezed so hard by a cop that it left a black and blue hand print. She is now being charged with assault against the officer. Chattanooga police deputy Willie Marshay Greer offered to let a woman leave a traffic stop after finding an open warrant on her record–but only if she gave him a blow job. Two LAPD officers may be relieved of duty for committing rape on the job and in the same city, another woman fell out of a moving squad car trying to escape an officer attempting to assault her. A Texas cop faces felony charges after raping a woman at a traffic stop. A Kentucky state trooper who raped a woman is now asking for his job back, citing a “moral mistake.”

These forceful, sexual impositions by police officers are not just isolated incidents. In 2010,10% of all police misconduct was classified as sexual. It was second only to police assault, which comprised  25% of all complaints. When compared to the general population, the rate of police sexual assault surpasses that of average individuals with male cops 1.5 times more likely than other men. When it comes to sex, police are exponentially more aggressive. Of these sexual assaults, over half  were committed against minors, further demonstrating the perverted tentacles of sexual entitlement many government agents exercise.

It is relevant to bear in mind, as well,  that up to 60% of all cases of sexual assault committed by the general population go unreported out of shame and fear. This leaves statistics much lower than reality. It stands to reason, then, that the number of assaults by cops, is much higher than statistics suggest. Why would a victim report a crime to the agency responsible for committing it when the level of shame and fear is already inherently high? Why would anyone attempt to gain redress, especially when it is common practice for cops to receive temporary (tax-payer funded!) leave from work when found guilty of these crimes? When these cases go to court, cops often win and are given back their jobs. Police commit assaults knowing they are shielded by the authority of their employer.

No matter the victim, police often demonstrate sexually violent and oppressive tendencies in their personal lives.  A Baltimore cop was recently found to be pimping out his teen wife. A Prince George police officer and his wife were recently charged with 16 counts of rape and sexual assault against a minor, who was a relative of the  officer’s wife. A Dateline undercover video staged two actors in a bar: one playing an extremely intoxicated girl and the other a predatory, sober male. The point was to see if bystanders would step in to assist the near-unconscious girl.

The result? Most people attempted to stop the male from taking the female “back to his hotel room.” The one who encouraged the male to have as much sex as possible with the inebriated woman (and chuckled at the thought of her waking up confused with her underwear around her ankles) was an off-duty cop. Unfounded, unlimited power attracts the type of personality that seeks to exercise it.

Based on this reality of government, it should not be difficult to understand why so much sexual harassment, abuse, and assault occurs at the hands of state agents. To be an employee of the state,  in this case, the police force, is to enjoy an exclusive right to exercise your will and the will of the institution upon others. As increasingly common-knowledge teaches, rape and sexual abuse are not acts of sexual desire but of power. To force a woman or anyone to be harassed or to have sex is an act of aggression and demonstrates the need of the perpetrator to feel more powerful than their victim.

This psychological disease extends far beyond sexual harassment. It is founded simply on violence. It is the mechanism behind all types of police brutality, whether the murder of a schizophrenic homeless man, the tasering of a man trying to save his child from a burning home, or the violent rape of  a woman at a traffic stop. This use of force and runaway power is a symptom of the institution of government, which is founded on force, coercion, and arbitrary authority. When power derives from force, force will run rampant.

But the police know they are being watched. They may have the system on their side for now, but they are increasingly aware that their actions are often recorded and that people are increasingly learning their rights. For every Kelly Thomas acquittal, thousands of people recognize the illegitimacy of police power. Often, this surge in awareness paradoxically causes cops to act impulsively and violently out of a desire to assert their authority. Such a strong desire to exercise power is a demonstration of fear and insecurity and an understanding that people will not tolerate such cruelty forever.

Be aware of the tendencies of power-hungry cops. Document them when you can and refuse to submit to intimidation. Though sexual assault and general brutality is often clearly unavoidable when dealing with police, exercising educated vigilance and sharing it with others can effectively force cops to stop their violence without the use of force. Know your attacker and expose the injustice to protect yourself and your fellow humans.