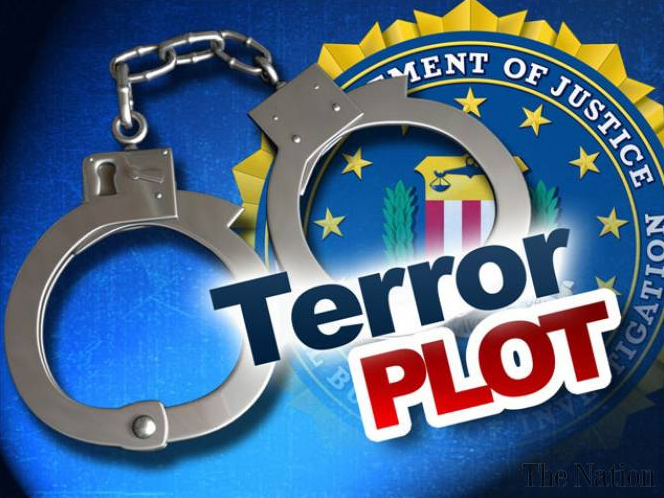 It’s no secret that FBI employees excel at foiling plots of their own creation, which is why it’s important for any thinking person to question whatever “official” line is touted as fact, not just point out the dubious use of resources but to help to clear those unjustly targeted.

In “Terrorists” in Minnesota – Latest Fable of FBI Employees published on February 10th, I sought “to document the pattern of exaggerations by FBI employees in their handling of [Buford “Bucky”] Rogers and [Keith Michael] Novak,” two gentleman, who despite being vilified as “terrorists,” have not been charged with anything of that caliber.

In addition to supposedly talking of bombing the Utah Data Center (the NSA’s massive surveillance facility), Novak was said to have stolen personal information from 400 members of his former Army unit in Fort Bragg to make fake IDs for his fellow militia members.  Now it’s comes to light that that – much like other FBI “busts” – it was undercover FBI employees who supplied Novak with the idea to accrue that information.

According to a piece from David Hanners in TwinCities.com published less than a week ago:

At a detention hearing for Novak, an FBI agent acknowledged that the idea of buying the secret list originated with the bureau’s two undercover employees, not Novak.

When zero terrorism charges could be applied to Novak, it was claimed that he engaged in fraud involving government records – an accusation that has since been dropped in lieu of a single count of identify theft.

That same write-up by Hanners made clear what others have previously hinted at – that the scary militia in which Rogers was said to be active, and which resulted in the attention-grabbing headline Domestic Terror Plot Thwarted by parrots at ABCNews, wasn’t massive:

As it turns out, the Black Snake Militia’s membership was limited to Rogers and his family and perhaps a couple of other people, one of whom left the group and turned informant.

I’ll put coin on the line that that informant – known as “Tim” by Rogers and his family – was paid by the FBI, which can only facilitate shoddy “police work” and exaggerations to fit the desired story. Without question, the aura of legitimacy is more important to the FBI as an institution than the actual fulfillment of the stated mission.

It’s probably fair to say that Rogers and Novak were disgruntled about the police and surveillance state, but so too are the millions of others awake to the situation we are today confronted with.

Was there a “terror plot” involving Rogers and Novak? Yes, but it was one concocted by FBI employees.

“The limitation of tyrants is the endurance of those they oppose,” wrote Frederick Douglass, who himself escaped slavery and spoke out as an abolitionist.

Don’t sit idly by as Rogers and Novak, and countless others, are caught-up in the rights-violating schemes of self-proclaimed rulers.

If you know any information relevant to Rogers and/or Novak that’s not being reported on in the corporate media please do let me know: pete@copblock.org. (Much love to those of you who have already reached out!)