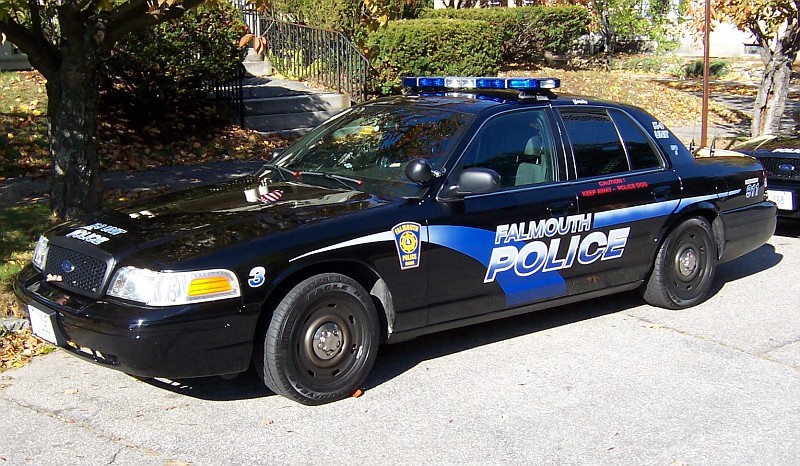 I was riding (passenger) with a friend of mine as we were going to our local Guitar Center. As we were returning home, we went the back road through Falmouth, Maine. My friend is a very good driver and very conscientious re: obeying the law. When we were pulled over, the officer stated he pulled my friend over due to an overdue registration. After obtaining my friend’s license, registration, and insurance info, the officer proceeded to come around the back of the vehicle and onto the passenger’s side. The officer then tapped on the window & asked me to roll the window down, which I did approximately 1-2″.

The officer then asked me for my ID. I asked why since I was the passenger. He said that’s what they do now and that they have to check the ID’s of everyone in the vehicle when they make a stop. I told him I did nothing wrong, that I was merely the passenger, and that unless he was charging me with a crime, he did not need to see my ID. He then stated that if there was nothing wrong, then there was no reason for me to not give him my ID. In an effort to deescalate the situation, I pulled out my license which is in a flip window in my wallet and flipped it up so he could see, but I still had the wallet in my hand inside the vehicle. The officer then reached through the open part of the window, grabbed my wallet, and took off to his cruiser without saying a word.

I then turned to my friend and said (verbatim), “What I’m about to say to you is not for your benefit but for the benefit of the cop’s dashboard cam that I KNOW is recording us and every word I’m saying right now. That jack-booted thug just violated my 4th and 6th Amendment protections and has committed a civil rights crime against me as I’m ONLY the passenger in the vehicle and no other ‘crime’ has been suspected other than whatever moving violation you may or may not have committed.” We then proceeded to talk among ourselves regarding the 4th Amendment in particular while waiting for the cop to finish doing whatever he was doing. About 20 minutes later, the cop came back to the driver’s side of the vehicle, handed both sets of papers (my friend’s and mine) to my friend and said, “Well, your registration is over 6 months overdue, but I’m just going to give you a verbal warning at this point. Have a nice day!” and proceeded to beat feet back to his cruiser.

As I said to my friend after we experienced that (laughing my butt off, I might add), what that incident proved is that if you don’t know what rights you have, then you have none, and that man only has those rights he can and is willing to defend. It is for that purpose that I share our story. I hope whoever reads this is encouraged to learn what the Constitution GUARANTEES for your personal rights, ingrain them into your mind, and be ready to defend them at a moment’s notice, no matter who violates them. I firmly believe it is because I did know our protections that ultimately led to my friend being released without charge from what he should have been charged with (even my friend agrees he should have at least been summonsed for the overdue registration). Never forget – THEY WORK FOR US, not we are subject to them!