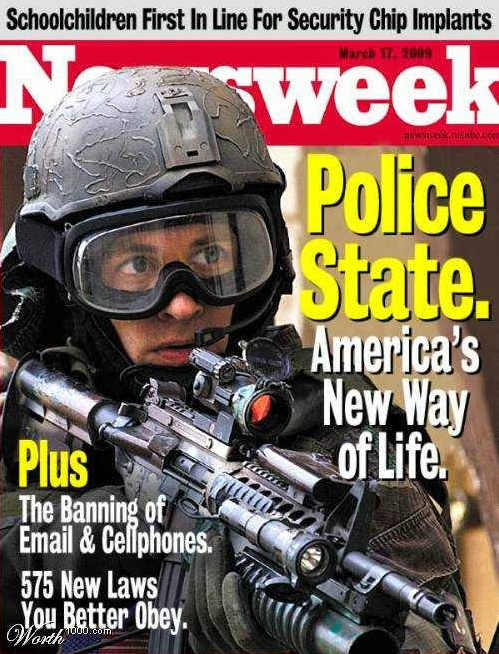 This essay was first published to ZeroGov.com on February 19th, 2014 by Bill Buppert. It is the second in a five-part series that investigates the growing death culture of the American cop and the predator prey relationship between badged thugs in the pay of the King and the following victim classes among the Helotry that is America.

Children under but the rarest circumstances should be the last people on Earth to be victims of kidnapping and violence, yet the police in America and their confreres around the world continue to conduct a war on children in the schools and on the street. For the sake of this essay, we are speaking of boys and girls under the age of 18. Yet the government authorizes sexual assault by the TSA against minors and brutal punishments against children by its agents that would be criminal offenses by private citizens.

I am convinced that the police not only harbor serial killers but much like the regimes in China and the USSR they encourage a culture of barbarism that celebrates the maiming and killing of innocents.

Remember that allegedly in the US, one is innocent until proven guilty yet the punishments levied in street justice by the police are becoming much more the norm than the exception in how they execute their law enforcer duties.

In Part One, I spoke to the cruelty and violence police are increasingly visiting on the most innocent of all – the animals. In most cases, the cops, in the name of officer safety, maim or kill the canine (and feline) offenders.

In Part Two, I will speak to yet another level of cruelty that is emerging: police violence against children.

Arresting is a polite government euphemism for kidnapping and the police even handcuff six-year old girls. In one such case, “The officer stated in the report that he noticed damage to school property and tried numerous times to calm the girl, who eventually “pulled away and began actively resisting and fighting with me.” “The child was then placed in handcuffs for her safety and the officer proceeded to bring her down to the police station,” said Chief Dray Swicord.”

One overweight cop was caught on tape choking out a 13 year old boy.

“For those of you who don’t know, Officer Joey Williams of the Hot Springs Police department was caught red handed on video tape, and with a camera choking 13 year old- Jarrod Graham.

Jarrod Graham along with several other youths were illegally skateboarding on June 21st 2007 in down town Hot Springs, Arkansas. Jarrod Graham that day received a choking and arrest instead of a ticket, as the local city ordinance states is the fair and just punishment for such a violation. Many of the other of the “Hot Springs 6″ youths were chased, headlocked, harrased, and arrested.”

Six year old Salicia is not the only child harmed by police. She was formally charged with assault by the way.

In another incident, an eight year old girl was handcuffed and jailed in Illinois.

Think about that! Hundreds of millions of parents have experienced this kind of behavior with their own children in private and public and if they were to use the same means of restraint would be subject to public humiliation, sanction or arrest for abuse. Yet this is the bottom line of thinking about police violence. They are sanctioned by the state to do what NO decent or thoughtful human being would do: use violence as a first resort for resolving all problems.

Many folks are exposed to the seemingly endless video train of police brutality examples but a sizable portion of those are now emerging where the cops prey on the most innocent and helpless sectors of society.

There are numerous instances of the police “school resource officers” in the government schools mauling, sexually abusing and severely injuring minors in the conduct of their duties. This video is particularly disturbing and shows the absolute thuggery of the cop attitude against the innocent. The trend of having these police in government schools in and of itself has led to an outrageous number of maimings and even killings of children on school grounds by government agents.

The combination of the young school drug induced violence in government schools in the last two decades, coupled with the militaristic sea change in American policing, has resulted in a huge spate of excessive violence visited on children in America.

“Hard cases make bad laws. Policymakers’ overly punitive and police-centric response to high profile school shootings demonstrate this fact. But if you have doubts, ask the six-year-old child who was handcuffed to a chair as punishment after he got into a scuffle with another boy in the school cafeteria. If he doesn’t convince you, perhaps the scores of schoolchildren who police assaulted with pepper spray (while at school) will. Or talk to one of the 3.3 million public schoolchildren who are suspended from school each year, often as a consequence for minor rule breaking, such as talking back to teachers or fistfights.”

All of this is part of the police state mentality polluting the politics of mainstream America.

And it only gets worse.

A young man managed to shoot himself in the face with his hands cuffed behind his back after retrieving a large caliber firearm the arresting LEOs had overlooked.

“According to police, Huerta was found inside with his hands still cuffed behind his back, a gunshot wound to his head and a well-worn .45-caliber semi-automatic handgun at his side — the same large caliber as the service weapons issued to Durham police. A recording system inside the cruiser that could have captured video and audio from the event was not on at the time of the shooting, according to the police.”

And there is no doubt that once the police investigated themselves, all involved officers were cleared.

Even in the cases where police shoot children, we find that the police investigation of themselves inevitably justifies the violence against them.

A 17-year old young man named Christopher Roupe was just executed at his house by a female officer who then pointed the smoking gun at his sister who had come downstairs to see what had happened. He was holding a WII controller and the badged thug opened fire.

In the recent case of Vidal, we have yet another incident where a death sentence is handed to the young man is the only recourse.

The wanton injury and killing of children handed out by cops across the nation on a daily basis is emerging as a troubling pattern of behavior that is not only encouraged but defended.

In yet another incident in Santa Rosa, CA; a Sheriff’s Deputy gunned down a young man carrying a fake AK47 airsoft weapon. In this case, it was a junction of the officer safety mantra and the almost universal suspicion among cops concerning the wielding of any weapon by private citizens. The bloodlust is not new in Santa Rosa or the rest of the nation.

The police in the great police state of New Mexico recently opened fire on a van with five children for a speeding citation.

Much like the casual government dismissal of the importance of life in abortion legislation and the institutionalization of torture after 911, this police brutality and culture of violence will not relent until the brakes are put on through societal pressure or even worse retaliation among the cops in America who behave far more like occupiers than peace officers.

Once children can be targeted in such a grisly fashion on such a consistent basis and the perpetrators of these offenses simply go unpunished, as so much cop crime does, the unintended consequences in the future will be unmistakable. A mere two generations ago, none of the described events in this essay would have happened with such frequency and easy dismissal by the authorities.

Erick Gelhaus, the child murderer of young Andy Lopez in Santa Rosa is still at large and on the job.

The police remain an existential threat to the liberty and freedom of every American and the children are, quite literally, under the gun also.