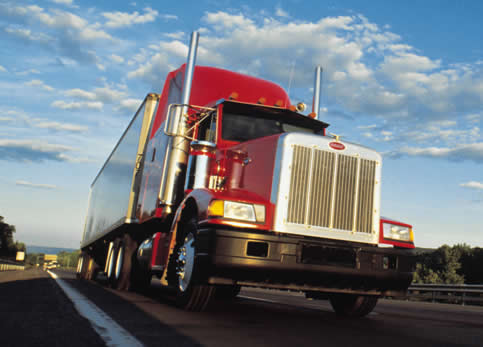 I was driving in a governed 18 wheeler through the state of Pennsylvania around 1 AM en-route to make a delivery. For those of you that don’t know what this means, my truck was set not to exceed 59 mph. I was on a highway with a speed post of 65 mph and had the cruise control set to about 57 mph. I still had a few hours of driving, then planned on finding a place to wash up and sleep. There was hardly anyone else around me, I had my music going, and was just doing my job. I look in my mirrors often as it helps to not become hypnotized by the road. I noticed the disco lights and thought the police car was just going on a call elsewhere. I realized that I was getting pulled over and thought to myself that I must have an important light out.

I waited for him to come to me as I gathered my information to have ready. I rolled my window down and I asked him if I had a light out or something, and he said, ” No, you were speeding.” I said, “How fast was I going?” He said he clocked me going 68 mph a couple of miles back. I asked him if his radar gun had been calibrated recently because my truck cannot go that speed. He then asked me to get out. He wrote me a speeding ticket; I tried to defend myself again, and he said, “You will have to show up for court to do that.” Police KNOW how hard it is for truck drivers to make court. Fortunately for me, I wasn’t far from two terminals. The court date was scheduled for about a week after this incident. I wasn’t stupid and knew what I had to do to beat this. After he got in his car, I did a quick walk around to look at the lights and none were out.

I left and found a place to sleep. The next morning, I called my company and spoke with maintenance. I had someone schedule me (it took two days) to have the truck run on a computer in a nearby terminal and received a COPY stating that my tractor did NOT exceed 59 mph. I ran to NJ and back, and made it to court on time. Try parking a truck around a courthouse! The officer that wrote me the ticket was there. I remember feeling really good about this because I was in the right. The judge called me up and I said, “Not Guilty,” and presented my paperwork proving this. The judge looked over at the officer and shared the paper with him. He told me, ” Well, we HAVE to get you on something, so we’ll just lower it to you having an amber light out .” My mouth dropped. I knew that I had to get going, so I went to the little money window and gave them $80-100 and left. This ticket is STILL on my DOT record. Since this happened a few years ago, I do not have all of the contact information on hand.

This isn’t just about corrupt officers, the whole system is corrupt!