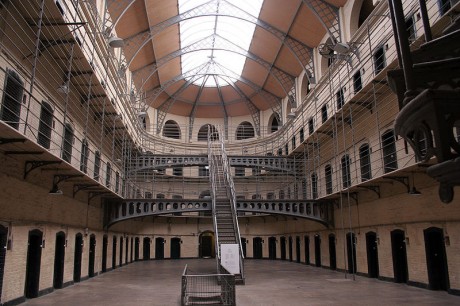 Despite America having 5% of the world’s population, we hold 25% of the world’s inmates. One reason, I believe, is private prisons. If prisons are getting paid per person in jail, of course they are going to want more people in jail, but they are not the only problem. On top of stating that private prisons will get x dollars for each inmate, the government is usually promising 90% prison occupancy, some even promising 100% of prison occupancy. What this means is that their prison will always be at least 90% full. If the government does not deliver, they pay the cost that 90% occupancy would be. This gives the government an incentive to incarcerate that many people so they are not paying for nothing.

Not only that, but prisons legally pay off politicians (donations) and fund pro-drug war propaganda. Why? Because the illegality of marijuana is a huge money maker. In 2012 about 749,825 people were incarcerated on marijuana charges. If marijuana was legalized, that number would be much lower.

Because these prisons are for-profit, they try to cut costs to make as much money as possible. Many instances of neglect have been documented in these prisons, including inmates being underfed. In one prison, an inmate would drop anywhere from 10 to 30 pounds. Not only is there little food, but the food served is not very nutritional either. But how much could this actually benefit the prison? Well, a sheriff in Alabama, while using this tactic, pocketed over $200,000.

Another cost prisons want to cut are the price for wardens and guards, which usually means they are not very experienced. About a year ago, in a private prison, there were some prisoners with health problems. Some of those problems required immediate medical attention. When they asked for medical attention, they were told to either “be patient” or “pray.” In one instance, a man with lung cancer was in need of immediate medical attention. Instead of receiving the medical attention he needed, he was told to drink energy drinks. This man died after the cancer spread to the rest of his body. Not only does this happen, but the guard or warden in question is usually cleared without an investigation – that is, if the word even gets out.

Prison labor, one of the most controversial topics on prisons, is also a huge money maker. Not only do they have a huge supply of people, but if the people do not agree to work for the average $0.25 per hour, they are punished. Prisoners don’t have a union, it is just them and the prison. Men and women are held somewhere, forced to work for little or no pay, neglected and fed poorly, and if an attempt to escape is made, they are shot or punished severely.

Does all of this, free/cheap labor, neglect, beatings and killings going unpunished, sound familiar to you? That is because prison labor is modern day American slavery.

Links to the stories mentioned in this article are below:
https://www.prisonlegalnews.org/22246_displayArticle.aspx
http://thinkprogress.org/justice/2013/11/15/2947931/arizona-death-yards/