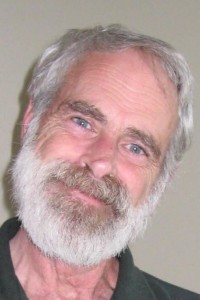 Late on January 14, 2014, a retired teacher, a community involved, beloved man who spent over 35 years of his life teaching kids in the Custer, Michigan area, was shot in the chest by a state trooper and summarily died. The original news reports, which did not surface until about 10 hours later, were sometimes conflicting of what happened.

After these initial reports, which included neighbors and professionals he worked with telling us what a friendly and professional person he had been throughout his career, the public waited for some official word from the Michigan State Police, who were investigating the case concerning their own state trooper. The trooper’s name, James Luttrull, was withheld until the Prosecutor’s report came out over three weeks later, which found the trooper’s killing of Bill Marble justified. During this time, FOIA requests were ignored to get information to the public, the video provided cost over $100 and took over a month to procure.

The prosecutor of Mason County, Paul Spaniola, in his report describing this incident falsely, says this activity is justified – do you? He surely did not feel that way when a trooper was fatally shot in our area unjustly. Look at the video, check out the stills and commentary, and decide for yourself.

At 12:40 in, Trooper James Luttrull arrives in the driveway and gets out after driving full code (lights and siren) from east of Scottville. For the nature of that call (woman with phone problems), it seems odd that protocol would have him drive that way in such bad conditions.

At 20:05 back-up Tpr. Hammerle arrives. If the video timeline is unedited, as it seems to be, then unlike the official report from the prosecutor, which says Luttrull overheard 27 minutes of arguments, is greatly in error, as there was only about eight minutes.
Shortly after this, at about 21:00, everything develops. Listen closely to what sequence of events happen. Nancy shouts “There’s a gun pointed at the door, Bill.” Allegedly, Bill grabs a pistol to investigate the unknown armed intruder at his door at midnight.

A gun shot rings out at 21:07 before any trooper says “drop” or anything else. Trooper Luttrull, aware of his microphone (he references it at the 35:25 mark, and the 45:30 mark in the recording) continues to tell Bill Marble to drop his gun even after it has allegedly been shot out of his hand. Nancy screaming and repeating the words, “Oh my God”, finally tells Bill at 21:51 to “lay down”, then runs away. The reports make it seem like she was telling him this immediately.

But the reports also say that they said drop twice before any shots were fired, and I don’t hear it. I also don’t understand how they could take off their holster strap, draw their weapon, take off the safety, and shoot Bill Marble when he had the drop on them at point blank range down a clear hallway, vacated by Nancy, according to the official report. Luttrull musty have had his gun drawn and ready to fire.

At 28:06 Hammerle walks back out, leaving Luttrull alone with the Marbles, Nancy is behind a locked door.

At 41:16, after no struggle and admitting to being very afraid at the situation, and after having committed no offense, unless hiding from the people who just shot your husband without a clear reason is a crime, Nancy is led out of the house in handcuffs. Although we can hear the exchanges with Nancy throughout, nobody informs her why she is being taken into custody and marched out of her house. Through the official report, we learn she was taken for interrogation down to the MCSO.

Even if we are to give the police the benefit of the doubt for lying in their official report about the shooting incident which killed Bill Marble, this is at least as big of an indignity. Nancy has just seen her husband get shot, had deputies tell her that she would be safe if she came out of the bedroom with her hands up, and then is summarily handcuffed and led out of her own house, against her own volition, while the police are free to adapt her house to their reports.

At about 50:00 the microphone is away from the house, and away from Luttrull, probably placed back in his vehicle. We hear radio traffic occasionally. By the end of the one and a half hour video, William Marble is still as close to the hospital as he was when the video started. Killed in his own home shortly before midnight on a cold January morning without any warning by a trooper that can unstrap, unholster, unsafety, and shoot a gun quicker than he can say “drop”.