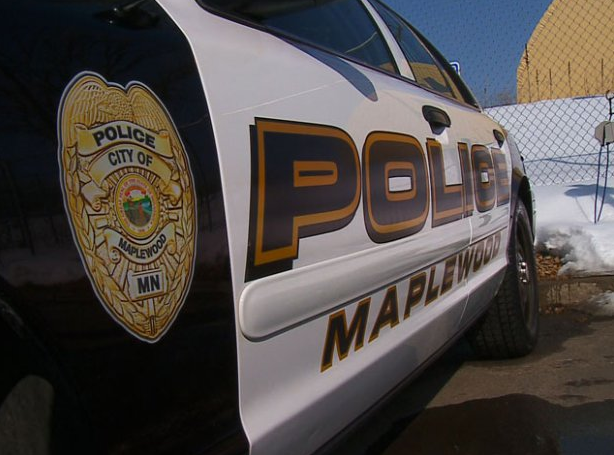 While corporate media was quick to disclose what they’d been fed by FBI employees – that Novak had six firearms and 5,000 rounds of ammo in his apartment – those items were not taken by FBI personnel as they weren’t illegal or included in their search warrant. So, two days later, Maplewood police employees entered Novak’s dwelling and took his property.

Between those two raids, Novak’s landlord Justin Bloyer, changed the locks on the apartment, which prevented Novak’s family from entering and retaining his property. Bloyer also had Novaks’ two vehicles towed, resulting in needless hassle and expense for the family.

UPDATE August 21, 2014
The indented text below was included on an email sent by Justin Bloyer, who sought to clarify the information above. It was suggested to Bloyer that the text be included here, on this post, in an effort to maximize transparency, to which he was receptive.

I came across an article you had written making me out as an abusive, law breaking landlord.  Being I am a libertarian and would generally support the work you are doing I am upset someone who wants to convey the truth would not check facts before publishing an article.  While it is true we padlocked the tenants apartment, we did this after the local and national news agencies reported what had taken place, noting the amount of guns and ammunition in the apartment.  The FBI took only computers and electronics leaving a cache of weapons for any meth addict who wanted to come get them. The safety of the other tenants was why that decision was made.  The unit was locked and the tenants parents were allowed access at anytime to get any belongings.

As far as the towing of the cars, that took place after a snow event, not the same day. Again the other tenants have a reasonable expectation the lot will be cleared and not be anymore inconvenienced after the event.  I instructed our towing company to release the vehicles with no charge.  The problem arose when the parents went to get the vehicles, their son had either not switched registration or falsely registered those vehicles.

When that information came onto my radar I called Paul Schnell, the top-dog at the Maplewood police outfit to inquire. The date was February 21st, 2014.

To his credit, Schnell was pretty straight-up. He confirmed that his colleagues had entered Novak’s property and taken his firearms and other related items per an investigation, though he wouldn’t clarify whether the information cited for their entry came from FBI employees, other “law enforcement” employees, a neighbor, or someone else.

Novak’s family requested the return of the firearms but they were rebuffed by Schnell, though Schnell told me in our phone conversation that at the conclusion of the investigation, if it’s deemed warranted, the firearms will be returned.

I asked Schnell if he was aware of Keith having caused a victim. He said he wasn’t.

Schnell told me that he couldn’t comment further as it is an ongoing investigation but that additional information could be obtaining through a Data Practices Act request (Minnesota’s version of a Freedom of Information Act request). As I’m presently not in Minnesota I asked my friend Andrew Henderson – who was recently found “not guilty” by a St. Paul jury of disorderly and obstruction for filming police – if he could make that happen.

Pursuant to the Minnesota Data Practices Act, Minnesota Statutes, Chapter 13, I request that you submit the following information/documents to me:

1. Any and all affidavits and search warrants related to the Maplewood Police Departments entrance into Keith Michael Novak’s apartment in December of 2013.
2. The number of records responsive to each of the above requests that are being withheld, and the specific basis for each such records being withheld.

Please understand that the Minnesota Data Practice Act requires you to respond timely and completely to data requests, and provides for legal remedies and monetary damages and attorney fees if requests are not appropriately fulfilled.

Please let me know promptly when I can collect the data requested.

Henderson was provided with the affidavit, signed by Maplewood police employee Todd Langner, and the search warrant, signed by Ramsey County judge David C. Higgs on December 13th, 2013, which is embedded below.

The justification given by Langner for the entry into Novak’s apartment and the theft of his property was the non-specific “interest of public safety,” which was buttressed with more vague claims:

“There has been media coverage of the above event and knowledge of the suspected cache of weapons which has lead the residents of the apartment complex to be concerned for their safety and contact this law enforcement agency.”

For anyone paying attention, that “logic” is circular – the media coverage, which hinged on information provided by FBI employees, was grossly inaccurate. Novak, recall, was painted as a would-be terrorist who had plans to target the Utah Data Center (NSA’s massive surveillance warehouse) yet he’s never been charged with anything terrorism related.

The media coverage, which garnered national attention, focused on a scenario constructed and peddled by FBI employees who have an incentive (job security, perceived legitimacy for their institution) to create, or overstate issues, where none exists. For Langner to hinge the entry into Novak’s property and the thft of his property on a perceived fear from unidentified “residents of the apartment complex” is sorely lacking in investigatory rigor.

Novak is today charged with a single count of identify theft, which, as recently came to light, is based on supposedly actions taken at the suggestion of two undercover FBI employees.

Novak will likely have another hearing within the next three weeks. When that information is known it’ll be shared here in the hopes that those in the area can turn out and lend some support in person.

If you’re aware of any inaccuracies or additional information related to Keith Michael Novak’s situation, please do let me know: pete@copblock.org