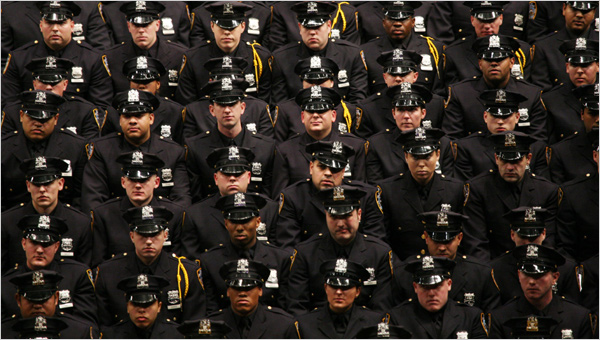 Nearly 30 retired New York City firefighters and police officers have been arrested for falsely claiming Social Security benefits in the wake of the September 11 attacks on the World Trade Center.

Already, more than 100 retired firefighters and police officers had been arrested in January as a result of a wide-ranging pension fraud investigation. Retirees allegedly lied about their mental and physical abilities in order to qualify for Social Security benefits they would not have received otherwise.

Of the 106 originally arrested, 80 are believed to have claimed to suffer from severe mental and emotional trauma at Ground Zero on September 11, even though some of them were never at the scene.

“The idea that many of them chose the events of 9/11 to claim as the basis for their disability brings further dishonor to themselves,” New York City Police Commissioner Bill Bratton said, according to the news service.

More than 130 city employees have been arrested during the investigation so far, though it’s possible more are to come. Investigators believe that up to $400 million in taxpayer funds could have been stolen.

According to the New York Post, many of the retirees claimed they couldn’t sleep, work, drive a car, or even leave their homes as a result of their disabilities, only for investigators to find they were flying helicopters, riding on jet skis, leading martial arts classes, and more. Some former officers claimed mental handicaps even while holding gun permits.

“That’s about as inconsistent with being disabled and unable to perform physical or mental chores as you can get,’’ said Manhattan District Attorney Cyrus Vance Jr. to the newspaper.

Investigators also claimed that four of the people involved were coaching retirees on how to qualify for disability benefits. In exchange, these ringleaders allegedly received kickbacks to the tune of 14 monthly Social Security checks per person they successfully enrolled into the program.

“As a New Yorker and as a US citizen, I can only express disgust at the actions of the individuals involved in this scheme, particularly the 72 former members of the New York City Police Department who have certainly disgraced themselves, embarrassed their families with their abuse of this system,” Bratton said during a press conference in January.

Lawyers for the alleged ringleaders, however, stated their clients were innocent.

While this post isn’t the norm for Cop Block, it does illustrate the ‘above the law’ attitude of LE. Until this type of thinking is eradicated, no one is safe from the atrocities committed by LEOs – not even our money. Domination and greed is the driving force behind most all laws broken by the ones tasked to protect us from the very same crimes. Thank you to the fraud investigators who undoubtedly FILMED these crooked gangsters committing their crimes.