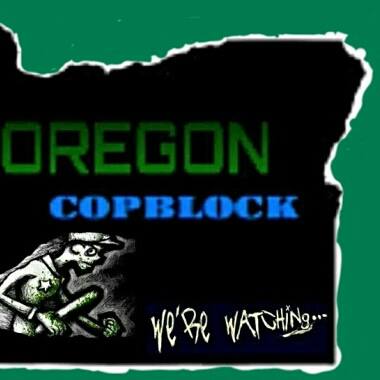 Is this what we have come to? Why are cops taking pictures of suspects and posting them online? Isn’t there some policy against that? In the end of the video below, you hear Zimmerman say, “You really should work on your people skills.” I’m sure anyone will agree him after watching the video.

The deputy said he pulled him over for a lane change that left him following too close to the vehicle in front, but gave him a ticket for window tint.

What is interesting about the video is that the deputy uses his personal iPhone camera to take pictures of the vehicle, the plate, the driver, and god knows what else.

With a little research, Zimmerman was able to find out that the deputy has been photographing people he tickets and posting the photographs online as a virtual “dart board” for his personal friends – most of which are probably cops to make fun of. “1 in 16 people in Oregon have concealed handgun licenses. From the video, you can clearly see that I am acting in a surrendering demeanor presenting absolutely zero threat to the officer; the mere presence of a weapon does NOT indicate a threat. Mr. Nashif handled the situation very unprofessionally and very rudely, using physical force to make me comply when I was willing to comply without the force being used. After I got illegally searched against my will, I then got agitated. After Mr. Nashif showed me verbal disrespect by cutting me off in conversation multiple times and laughing at me during our interaction, I got even more upset. And when I got home and searched out his Facebook page and saw that he has a regular tendency to treat all citizens he interacts with as lower beings, then I was truly upset because he obviously does this all the time and it is his regular behavior towards the public.”