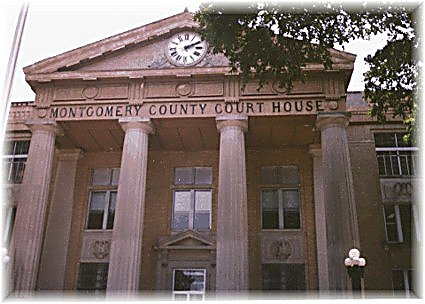 There is nothing worse than being wronged and knowing there isn’t anything I can do about it. I feel scared to walk out of my house and I’m scared to be in my house without my husband here to protect me. I feel violated, dirty, scared and paranoid by the events that occurred at my home.

**Please note, I do not have a copy of the report. It wasn’t in my bag when I picked up my belongings from the jail but I will try to differentiate who was who when I obtain the police report. I am also hoping that there is dash-cam video that can attest to most facts that they were involved in.

On January 31, at approximately 11:30 PM, I was in the back bathroom and heard a lot of commotion out towards the living room area. At first, I thought it was the dogs so thought nothing of it. Then I heard screaming outside and pounding hard on the window and the door to our home. I finished using the restroom and went out to see what was going on. I heard more pounding and realized it was coming from outside our home. The only words I could make out being said were grown men saying, “Come out, I know you are in there,” followed by more pounding. I was extremely frightened and scared for my safety because it was just me and my 13-year-old daughter in the home and being we live in a gated community, we never get anyone at our door without the gatehouse being given permission by us.

I tiptoed to the kitchen to see if I could figure out what was going on and who was out there; I realized that Madison heard the commotion and came down the stairs halfway asking what all that noise was. I told her, “I don’t know,” and told her to go back upstairs. I followed her upstairs and closed the door behind us. While I was sitting on her bed trying to comfort her and figure out what to do next because my husband was not home, Madison said she thought they just said they were cops. I brushed that off knowing (or thinking) that no cop would be that irate at my door at 11:00 at night. If I even heard the word Sheriff or Cop, I am confident I would not let them inside my home because of the belligerent behavior that was coming from outside. Unsure of me and my child’s safety and if it was a real cop, I stayed in her room with her until I immediately heard someone coming into my home and I heard the word “Cop” for the first time.

I quickly exited Madison’s room, standing there in underwear and a tank top, and all I saw was two grown men dressed in black jackets and black pants standing in my living room and one at the door propping it open. I immediately started yelling in horror and panic and pointing at them to leave my home again and again as I descended the stairs, because I had no idea who they were or why they were in my home. The men in my home would not move. As soon as I got down the stairs, the “supervisor” cop threw a paper in my face and said I was served. This is the moment when I realized that they were at least dressed like cops. I then told them, “Okay, now leave my home.”

They were there to do a job and they did just that. They should have turned around and left my home. They still would not leave so I requested again at least two times. At that point, the supervisor cop threw me down on my living room floor face first and busted my lip and put handcuffs on me. I told him, “I don’t even know who you are,” and he flashed his jacket open and closed real quick and said he was a cop. At this point my mind was still in a fog because I couldn’t understand or imagine the right these men had in my house late at night.

The two cops took me out of the house, one on each arm barefoot and nearly naked. They literally drug me across my yard; after I stepped on our lava rocks barefoot and flinched my foot up in pain, the one cop said, “Oh, that’s how you want to do it,” and drug me to the car, not allowing me to get my footing back. They then threw me into the back of the car head first, still in my underwear and tank top. As I was laying sideways, the elder (supervisor) officer reached over and grabbed and squeezed my upper thigh/buttocks area to the point I felt his finger rub across the edge of my underwear and my privates. I kicked my leg back at him and told him, “Don’t touch me there again.” The officer then turned to the third and told him to shine his light on me. First he shined it in my eyes and I flinched back and then he shined the flashlight at my privates until they closed the door. The elder (supervisor) cop then told the other officer to taser me. So as I was sitting half naked in a cop car when I knew I was not a criminal, after the cop groped me and I was handcuffed behind my back, I still got tased on the back of my arm with the accompaniment of two other male officers watching and still shining the light on my underwear. At no point in time was I read my rights.

I knew that I was a mother of two, one who is autistic, and a retired educator and school administrator for 14 years and I was not a criminal in any sense, so I could not understand what was going on and emotions came over me. I also knew that I’d had previous communication with my landlord and had prepaid a lump sum of money to take me through at least four months and didn’t know things had risen to this level up to this point, as I had not been given a landlord statement for many months.

They then closed the door and the elder officer started smoking cigarette after cigarette and leaving the butts in our yard. (We have pictures and approximately four that were retrieved from our yard. The elder officer then turned his outer spotlight shining right at my privates and kept it there the rest of the time for them to stop shining the light on my underwear. I asked and asked again if I could at least have some clothes but they would not allow that until my husband came home and had to dress me in front of the elder officer.

During the process, I asked the elder officer as well if I could talk to one of the other officers. I knew that he was no source of reasoning so I thought someone else, especially someone else who just saw what he did to me, would help me. He told me I couldn’t and when I asked why he said because he was their supervisor.

On the way to the station, I leaned up to the officer in the passenger side and made the comment, “What kind of man are you that you are going to let someone treat a woman the way (the other one) did.” He said nothing but just looked down and ignored me. I then told him that I hope he was able to sleep at night and happily go home to his wife and kids after being a party to that. Again he said nothing.

When we got to the jail, they put me in the holding cell but I could still hear the cop talking to the magistrate and spewing a bunch of lies which contradicted what they told my husband and what the actual events were. He stated that he saw the door was ajar and had already seen people moving around so he was just checking to make sure everything was okay because he was worried. First of all, he could not have seen any movement because I was upstairs with my daughter behind closed doors and we have opaque plastic over our windows for the cold along with blinds that were pulled throughout the entire house. The magistrate stated that he knows these men and he believed them that I was “beating up on (his) boys.” I was cornered in a small area with the three men that assaulted me, one who sexually assaulted me and a magistrate who said he believes what they are saying because he works with them every day. I was helpless and lost and scared.
As I was in the holding cell, the elder officer turned to the same officer I was talking to in the car and he said, “What kind of man are you?” He replied, “What kind of man do you want me to be?” and they both laughed.

As I was being booked, the three cops plus another decided to hang around and just make quiet comments that were only heard by his buddies as they looked at me and laughed. The elder officer then stated out loud to everyone that I bit him (which again, never happened). I asked where I bit him and he showed me a paper cut on his finger. The Sergeant of the jail told the guys to be respectful and they eventually left. Just as they did at my home, they did everything they could to escalate the situation.

I was in jail until approximately 9:00 AM the following morning (my daughter’s 14th birthday) when I was bailed out but scared to walk out the door and back into the world. I am still afraid to walk out of my home; I am afraid to be in my home. I have onsets of panic attacks when I am alone or when I see a cop or a cop car. The fear and the panic inside me will not subside. I haven’t been able to sleep and I am finding it hard to function in society. I feel violated and am finding myself hiding behind the shadows out of sure embarrassment that I was paraded around like that for absolutely no reason at all!

I expect this matter to be dealt with in the most appropriate manner so this will never happen to another person. These cops abused their power and left me without any sense of safety in the world anymore. At some point in time, I may consider requesting monetary compensation if I cannot find myself being a part of society any more. If I can’t be a part of society out of fear, I cannot work or do anything to make money to put food on the table for my family. I expect this officer to be disciplined to the fullest extent allowed by law. My livelihood has been taken away from me…all for what?