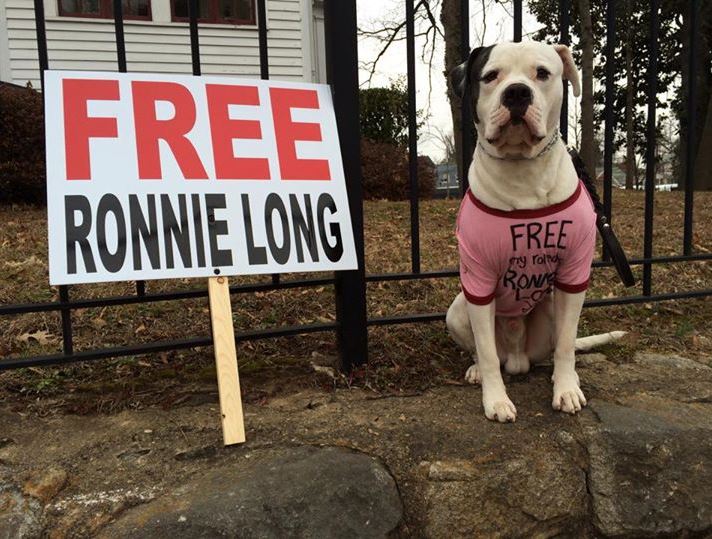 He was charged with first degree rape and burglary of a prominent white widow of a Cannon Mills executive. Ronnie was convicted on October 1 ,1976, by an all white jury with NO evidence linking him to the crimes.

In 2005, Ronnie’s attorneys discovered that the state of NC intentionally withheld exculpatory evidence from the 1976 trial.

Exculpatory evidence is evidence which proves ones innocence.

During the 1976 trial, the state of NC committed perjury by leading the jury to believe that no evidence was collected. The same officer who was in possession of the evidence later served time in federal prison himself for stealing checks from the mail.

In 2008, the assistant district attorney who had helped to prosecute Ronnie in 1976, testified FOR him stating that based on the evidence being withheld he felt Ronnie did not receive a fair trail and that he should be given a new trial.

The courts continue to deny a DNA test of the reddish hairs (Ronnie’s hair is black) that were found at the scene. The current Cabarrus County District Attorney, Roxanne Vanekhoven, wants us to believe that a 20-year veteran of the SBI lab cannot distinguish between a police dog hair and a human hair.

Ronnie’s closets shot at some form of justice was when his case was brought to the NC Supreme Court. After hearing all arguments, the judges came to a 3-3 TIE decision. The 7th judge declined to vote, and because Justice Brady declined to vote, Ronnie was denied a new trial. A tie decision has never happened in the state of NC.

For the charges that he is convicted of, Ronnie has served more time than anyone else with the same charges in the state of NC. Ronnie has seen murderers come and go.

Ronnie was due to be released with his good time but former Governor Bev Perdue denied him and 133 other inmates their good time.

She said that she would go to jail herself before releasing these criminals back into the streets of NC.